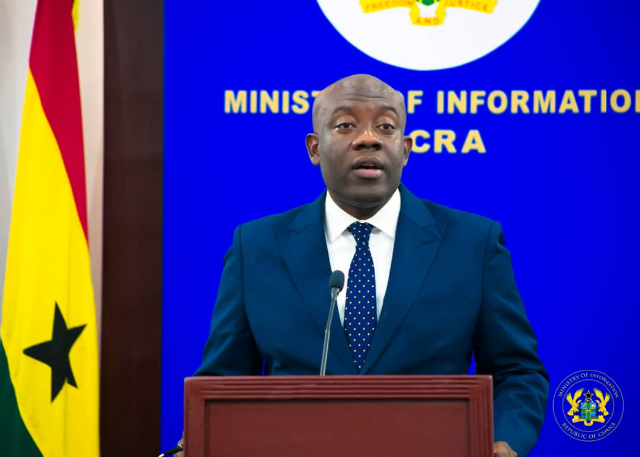 The Information Minister Kojo Oppong Nkrumah has assured that the PDS saga will not affect Ghana’s relationship with the United States of America.

According to him, there were no crises of confidence between the two countries instead, both countries shared varied opinions on the matter.

“We will continue to cooperate on many other development matters as we have them,” he said at a press briefing, Wednesday.

This comes after the government terminated the deal with the Power Distribution Services, despite stiff opposition from the U.S.

This termination came through following government’s insistence against the US government which insisted that the PDS concession should be sustained in order to save the $498 million compact with the Millennium Challenge Account.

Mr Oppong Nkrumah stated both countries only had a difference in opinion on the PDS matter and that would not hamper their relationship.

However, he mentioned that there is a possibility that the termination of the PDS contract will affect Compact 3.

He revealed that part of the pressure received was that if Ghana failed to agree to maintain PDS, the country will not be included in Compact 3.

Ghana has lost a $190 million granted by its US partners as part of a power concession agreement.

A statement from the US embassy Tuesday said the Millennium Challenge Corporation (MCC) has confirmed that the money is no longer available after Ghana decided to terminate the concession agreement with Power Distribution Services (PDS).

Meanwhile. the Information Minister has stated that government will continue to engage in this and other matters tied to this concession agreement.

DISCLAIMER: The Views, Comments, Opinions, Contributions and Statements made by Readers and Contributors on this platform do not necessarily represent the views or policy of Multimedia Group Limited.
Tags:
Ghana-US relationship
Kojo Oppong Nkrumah
PDS Saga