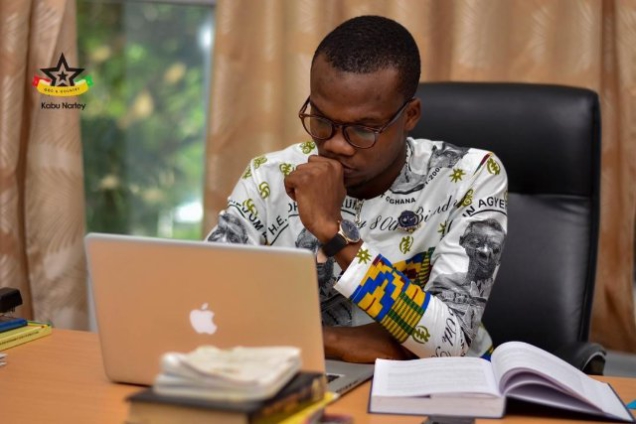 In this brief, I encourage our nation Ghana, led by President Akufo-Addo. I also acknowledge the body of Christ for going beyond the sermons to help a stricken nation back to her feet in the fight towards COVID-19.

Our fight against the pandemic has only begun. Our victory depends on steps taken today. The virus is a virus with international qualifications. Consequently, not only our leaders in this part of the world have been reactionary to the pandemic, in fact, no economy has been able to win the fight yet. Therefore, our fight as a country doesn’t necessarily require a perfectionist approach. What we require is an audacious political will to maintain, if not beat down, the alarming rate of deaths and infections in our communities.

Our government has demonstrated all the above principles – reactivity but more importantly, commitment towards salvaging the few left of the nation. So far, this has come not only in the form of spirit-filled national communication but also, various coordinated grounds work.

This was how it all started:

The president’s demeanor in his first national address on the pandemic wasn’t inspiring, it only told of a looming crisis. Whether or not it was a rehearsed address ahead of confirming already recorded cases the next day, it remains a PR that had many flaws. The $100m loan fiasco applied to the IMF made it worse.

The second presidential address was equally low-spirited but this encounter disclosed quite tough measures – the banning of church services, public gatherings as well as major socio-cultural cues like hugging and shaking hands. At this point, communications between the Ministry of Information, the Ministry of Health and various designated parastatals were beginning to be streamlined in order to avoid misinformation in the media.

This period was a tough one for citizens who criticized government for being less transparent with the realities they’re confronted with. But amid suspense, tantrums and incessant calls for updates, designated ministries exercised care in processing data from contacts traced before they addressed the press.  Another minus is what experts consider as a late closure of our territorial borders ( air, land and sea) when the first two cases were recorded.

However, in the past two weeks, we have seen constant reviews in this state-led campaign against COVID-19. Through social media commentaries on recent steps and follow-ups in quarantining and strong media content on covid19, one wouldn’t be wrong to admit that, it has been a generally encouraging comeback of our state in trying to control the situation.

The latest directive of a partial lockdown was yet another review in the campaign. It follows a similar directive from nations who have been hit hard by the disease like China, Italy, Denmark and South Africa.

Call it a fortnight break for Ghanaian holiday-lovers. Call it a rare opportunity to build broken homes However, profoundly, these two weeks shall be a deciding half of our fight towards the pandemic. An emergency fund to support the many deprived homes during this time is simply laudable albeit the need to use the resources to be mobilized, wisely without corruption.

It is also refreshing to note citizens and philanthropists, have realized that standing aloof and watching the ruling party battle with its own fate is like playing lottery with their lives. Ghana isn’t for a single party, and plagues are no respecters of persons.

A breakfast meeting organized by the president and the vice president in the first week of the outbreak in Ghana may have triggered this  “citizenship and not spectatorship” call. The church seemed challenged to complement efforts by the state and its institutions. Many say this is the least the body of Christ could do aside praying for miracles since it failed this time around gives revelations on a possible coronavirus in 2020 during the numerous 31st watch-nights in 2019. Many say the church has lost its credibility to the dogs of politics especially during an election year. But I say, the corona season has also given the opportunity for the church to differentiate the prophets of dooms, the prophets of nations and the spirit-filled patriotic men and women of God.

Through some church groups, the church as a whole has risen above these strong criticisms to being a trusted partner in nation-building and rescuing. It is refreshing to see the Presbyterian Church of Ghana and the Pentecost Church of Ghana donate logistics and vans generously towards the fight.

The Minister for Information, Kojo Oppong Nkrumah, the  Director of Public Health at the Ghana Health Service (GHS), Dr Badu Sarkodie, the Board Chairman of the Korle Bu Teaching Hospital, Dr. Bernard Okoe-Boye are few front-liners who deserve some encouragement thus far.

Philanthropists like media and business moguls, Dr. Kwame Despite and Dr. Ernest Sarpong; businessman, who have followed similar donations to Ethiopia, Rwanda and USA by Chinese business giant Jack Ma.

Not forgetting the speechwriter of the president, whose hope-filled messages continue to inspire a broken nation.

“Fellow Ghanaians” ( In the voice of the president ), considering how China, Italy, America and the likes, lost control over the outbreak since it broke out espite their highly efficient systems, Ghana isn’t doing badly in the face of the several steps carried out to attempt to take control over the situation. It’s only appropriate we urge the government on whilst we keep our hopes alive by playing our parts.

This too, we are told by science and the prophets, shall pass!

DISCLAIMER: The Views, Comments, Opinions, Contributions and Statements made by Readers and Contributors on this platform do not necessarily represent the views or policy of Multimedia Group Limited.
Tags:
Coronavirus
Opinion