Ghana’s democracy is expensive; MPs, Ministers should be reduced – Bokpin 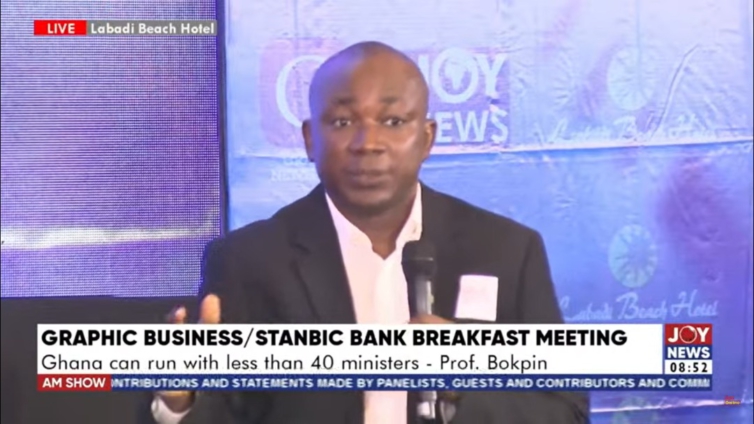 Economist and Finance Lecturer at the University of Ghana Business School has said the country cannot afford the current democracy it is operationalising.

According to Prof. Godfred Bokpin, the system of government is costing Ghana more money, thus, leaving no room for growth enhancement and investment.

While preaching against alternative systems of governance, Prof Bokpin believed that time was due for Ghana to review its democracy and consider one that is affordable and cost-friendly.

When asked why he thinks democracy is expensive, he said, “you have to convince me why Ghana should have 275 MPs [Members of Parliament]. We can have a conversation on the number but certainly, I believe we can have far less than that.”

“Since 1992 if you look at the cost of operationalising our democracy it is so huge. And we cannot tolerate that anymore. If you look at the size of government, the number of ministers, and ministries.

“If you were running Ghana as a business, you certainly would have sacked some ministers by now. Collapsed some of the ministries, reduced government appointees, and associated costs of running it.”

He explained that making these tough decisions, will not hurt growth, but rather free our fiscal space for growth-enhancing spending.

Prof Bokpin made these assertions at the Graphic Business /Stanbic Bank Breakfast Meeting on Wednesday.

He further challenged President Akufo-Addo to reduce his ministers to 40 when the Finance Minister presents the 2023 budget in the coming weeks.

Prof Bokpin is not the only influential person asking the President to reduce his ‘elephant-sized’ government.

Since the beginning of the year, a chief policy analyst at the Ghana Institute of Public Policy Options (GIPO), Dr Charles Wereko-Brobbey, has argued that the salary reduction of government appointees is useless.

However, a reduction in the size of government will be more profitable to the nation.

DISCLAIMER: The Views, Comments, Opinions, Contributions and Statements made by Readers and Contributors on this platform do not necessarily represent the views or policy of Multimedia Group Limited.
Tags:
Democracy
Ministers
Prof Godfred Bokpin