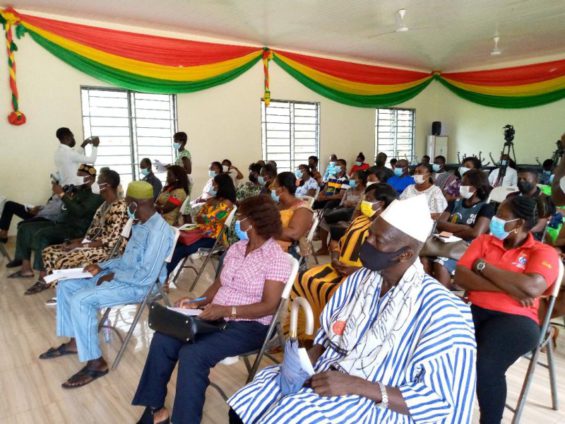 The Ghana Health Service (GHS), has expressed concern about the rising cases of Non-Communicable Diseases (NCDs) in the Ga Central district of the Greater Accra Region and has advised the public to make responsible lifestyle choices.

Municipal Health Director for the Ga Central district, Dr Esther Odame-Appiah, said for many years, the focus on healthcare had been on diseases like HIV and AIDS, Ebola, Tuberculosis, and Malaria, and that, it was time to give more attention to NCDs, which were now soaring on the Out-Patient Department (OPD) records of health facilities and clinics in the region.

She said NCDs had been neglected for long and current reports received by the Service showed that hypertension, diabetes, and cancers were among the leading causes of high morbidity in all ages, especially children in the district.

Dr Odame-Appiah, who was welcoming participants to a stakeholders’ engagement at the Ga Central District of Accra, said it was time health workers became more proactive in their activities to help prevent, treat and effectively manage NCDs.

She said diabetes could be treated and managed with medication, proper diet, and regular exercising, hence, people must be encouraged to go for routine screening at least once a year to check for their NCD status, stressing that diabetes was not a death sentence.

The meeting, under the auspices of the GHS, was to educate stakeholders on their respective roles in efforts at reducing NCD cases.

Dr Efua Commeh, the Acting Manager for NCDs Control Programme, noted that NCDs were increasing due to the changing lifestyle of people – unhealthy diet and physical inactivity – and advised the public against eating foods and beverages that were saturated in high content salt, sugar, fat, and colour; excessive alcohol intake, smoking of tobacco and tobacco products, including shisha.

She said, a worrying trend was the abuse of tobacco among the youth, including students in Senior High Schools.

Dr Commeh said, “we are all guilty of not exercising regularly,” with children becoming obese due to poor eating habits.

She said that narrative could change through intensified education, awareness creation, information, and enhanced screening for NCDs at the community level, and discouraged parents from giving children treat of foods with high sugar, salt, and fatty content.

She also called for strengthened stakeholder collaboration as an important component for addressing the key health challenges of communities and the nation at large.

Mr Gilbert Mawufemor Komla Ashong, a Consultant for GHS, said a digital tool would be piloted in the Accra Metropolitan and Ga Central districts from November 2021, for data collection and information sharing on NCDs to provide early treatment and promote healthy living among persons suffering from the condition.

He said the tool could be accessed through a mobile phone or internet application by subscribers through the shortcode *899*918858#, to ask questions and receive information from health professionals on NCDs, and encouraged the public to make good use of the system.

Mr Richard Kpodo, the District Health Information Officer, Ga Central, said data indicated that diabetes and hypertension cases had been on the rise from 2018 to 2021 in the four sub-districts under Ga Central – Ablekuma, Anyaa, Chantan, and Sowutom.

Mr Kpodo said since January 2021 to date, the cases had risen again to 1.5 percent, and encouraged the public to patronise wellness clinics established in all health facilities.

DISCLAIMER: The Views, Comments, Opinions, Contributions and Statements made by Readers and Contributors on this platform do not necessarily represent the views or policy of Multimedia Group Limited.
Tags:
Diabetes
Ga Central
Hypertension