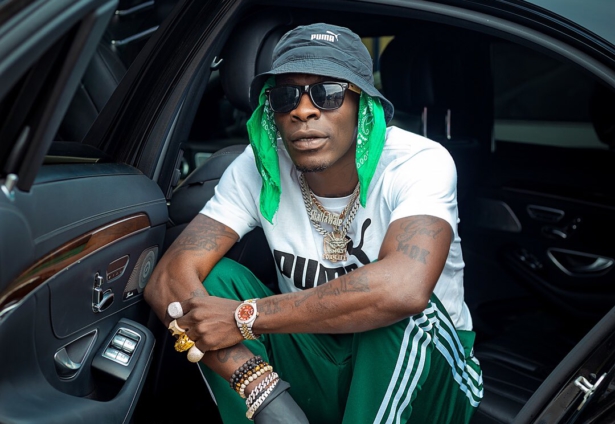 Dancehall act, Shatta Wale dreams of the second coming of the ‘fourth John’. He is advocating for Ex-President Mahama to be voted into power once again.

He shared this thought on Showbiz A-Z last Saturday on Joy FM. Shatta Wale told George Quaye, “We have to give Mahama one more chance”.

The Dancehall heavyweight defended his reason. “When Mahama was in power, he was doing everything for every youth to survive. I was getting opportunities from the presidency”, he elaborated.

The ‘Mahama Paper’ hit-maker revealed that many other music artistes including Hiplife group VIP, were involved with the previous government in its projects that impacted society positively. “I was doing a back-to-school project… and I spoke to one of them in the [previous government], and before I realized, they were supporting the project”, Shatta Wale underscored.

Critics might argue that Shatta’s opinion is biased, however, he maintains that even if the Akufo-Addo-led government has engaged present-day artistes, the aftermath of those interventions have not made the news. He believes that the creative arts industry stands a better chance with Ex-President Mahama in power.

Shatta Wale also took the opportunity to talk about his long-awaited ‘Gift of God’ album. The yet-to-be-released body of work which has been promoted for the last three years had its cover art released last week. It was followed by the release of its first single titled ‘Cash Out’ few hours to his birthday. According to Shatta, “when [the album comes], everyone should embrace it”.

DISCLAIMER: The Views, Comments, Opinions, Contributions and Statements made by Readers and Contributors on this platform do not necessarily represent the views or policy of Multimedia Group Limited.
Tags:
Gift of God
Mahama
Shatta Wale
Showbiz A-Z