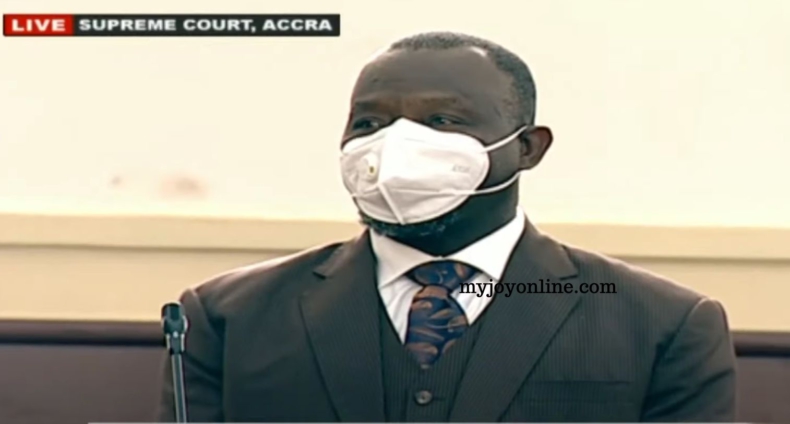 The Supreme Court has ordered former Deputy Attorney General, Dr Dominic Ayine to publicly apologise for some comments he allegedly made against the panel members.

The member of the legal team of the petitioner in the ongoing election 2020 petition is reported to have accused the Court panel of having a pre-determined agenda to rule against the 2020 NDC presidential candidate, John Mahama.

Dr Ayine who was unhappy after the panel in a unanimous decision dismissed an application by Mr Mahama to reopen his case, said he was surprised the panel is trying to expunge four of the five issues raised by the petitioner.

The Bolga East MP said one of the five key issues being adjudicated makes the EC Chairperson a party to the suit, as such, it is questionable why the panel is trying to expunge 4 of the issues.

“These are all germane issues under the constitution and laws of Ghana and to reduce the petition into a single issue petition is rather unfortunate and smacks of a predetermined agenda to rule against the petitioner in this matter,” he told the media during a press briefing.

But admitting his error before the Justices of the Supreme Court, Dr. Ayine said he has already submitted a letter indicating his remorse and a retraction of the statement.

The Chief Justice, Anin Yeboah subsequently ordered Dr. Ayine to render the apology through the same medium used to sacandalise the court before Thursday, February 25, 2021.

He said while, the former Attorney General will not be fined or punished by the court, it is important for legal team members to be respectful in their submissions on happening in the court.

“We accept the apology of the counsel for the contemnor, but we however order that the contemnor purges his contempt by retracting the scandalous statements on the very same medium before Thursday, February 25, 2021, when the court will reconvene to hear the contempt case,” Chief Justice Anin-Yeboah ordered.