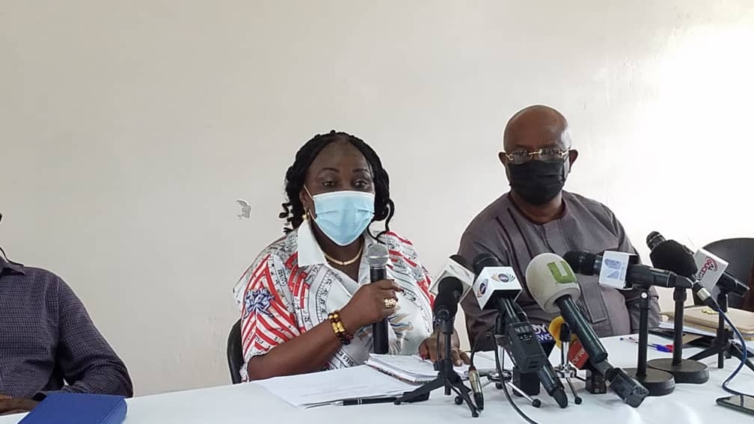 The government is spending over $1.4 billion in expanding access to safe water across the country, Sanitation and Water Resources Minister, Cecilia Dapaah, has revealed.

She said President Akufo-Addo, in 2020, broke grounds for eight water projects that would together benefit some four million people.

The Minister made this known while briefing the press ahead of a working visit to the Volta Region, to view ongoing projects in the water and sanitation sector.

“Last year we were privileged to have the President cut sod for eight major water projects at a cost of 1.40 billion dollars and which will give 4.5 million people access to water. It’s a huge input in the water sector,” she noted.

The Minister added that rural water projects also initiated by the President would serve about a further 1.5 million people while the burden of waterborne diseases will be eliminated.

Cecilia Dapaah said the President was keen on ensuring that the project execution impacted the economies of host communities and benefitted the youth in particular, and thus her visit was to among others, ensure the fulfilment of the 30% local content into the project agreements.

The Minister, in the company of heads of the Community Water and Sanitation Agency, inspected works on the Five District Water Project at Adidome in the Central Tongu District, phase three of which is ongoing at a cost of €11.5 million.

The project will extend water to communities in the Adaklu District.

She said stakeholders on the projects factored in population growth and migration in providing facilities with long lifespans and would serve all communities living along the transmission lines.

Madam Dapaah also joined the CEO of Jospong Group of Companies and the Volta Regional Minister in inspecting work on a mega integrated waste treatment plant for the Ho Municipality.

An ambitious undertaking by the Government in all 16 Regions, the waste treatment and recycling plant is in partnership with the Jospong Group, and is expected to help address the menace of accumulated waste when completed.

The Minister also would visit ongoing sector projects in the Keta Municipality and in the South Tongu District.