Government is not forcing coaches on the GFA – Henry Asante Twum 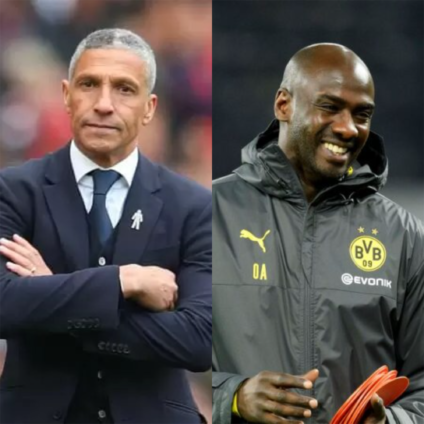 Communications director of the Ghana Football Association Henry Asante Twum, has denied rumours that the government is imposing a new Black Stars coach on the football governing body.

Milovan Rajevac was dismissed from his role as head coach of the senior national team after a disappointing campaign at AFCON 2O21. Otto Addo, who served as Milo’s assistant, was touted as the GFA’s choice to replace the Serb.

However reports indicated that government’s interest laid with appointing Chris Hughton as new Black Stars head coach and further reports claimed that the GFA and government had reached a resolve to appoint the former Irish national team defender.

Yet, Asante-Twum is adamant the decision to appoint a new Black Stars coach lies solely with the GFA, after suggestions that the GFA had bent over to fulfill the government’s wish.

“I don’t know about any such decision. As far as I am concerned, we haven’t met the ministry. I know that we are stakeholders in development, the government is recognized in providing infrastructure and funds for the development of football but as technocrats we are responsible for the decision-making.

“So yes, these are things we read in the media everyday. You wake up to stories in the press that the government is trying to impose a coach on the FA – I don’t remember sitting in any such meeting since our last meeting with the minister for sports which called for the dismissal of the technical team and also the dismissal of the management committee: that has been our last engagement as a body. The ExCo takes responsibilities of such decisions, they have the powers of appointment so they will need to convene a meeting.” the communications director said to Emefa Apawu on JoyNews’ ‘The Pulse’.

Asante-Twum also dismissed reports that, the GFA had appointed Hughton as Black Stars head coach. Nonetheless, he confirmed that he is part of a list of candidates.

“My last conversation with the [GFA] President was that the talks [with Otto Addo] have been positive, but it comes with certain conditions as well. Yes, the FA appoints, but government takes care of the expenses and what have you, so you need to come back and engage government and see if you would be at par in terms of decision making. From then you can progress. I don’t know about any such decision [regarding Chris Houghton’s appointment].”

The GFA is expected to make announcement of a new Black Stars coach as the World Cup Qualifying double-header versus Nigeria draws nearer.