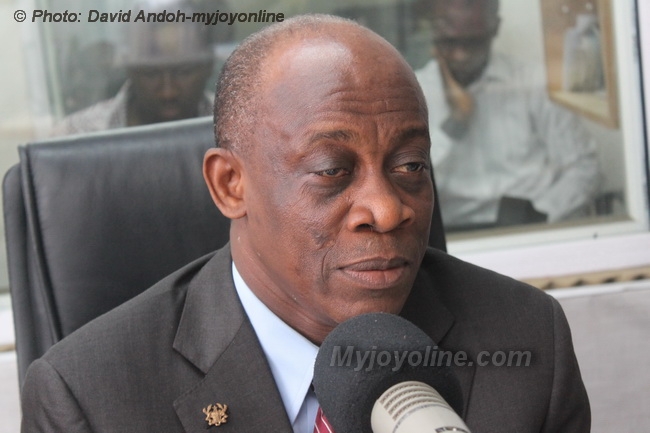 Excessive borrowing is set to push government’s interest expenses beyond the planned levels despite a decline in the cost of borrowing, figures from the Finance Ministry has shown.

According to fiscal figures for the first 11 months of 2015 released by the Finance Ministry on Thursday, government exceeded its planned interest payments by â‚µ181.36 million, which is more than the 2016 budget for the Ministry of Transport and Ministry of Tourism put together.

This indicates that the ratio of interest payments-to- revenue (which stood at â‚µ28.1 billion as at the end of November last year) is now estimated at 28.9 percent; and given the trend depreciation of the cedi since beginning of the year, the relatively high proportion of government debt denominated in foreign currency – around 60 percent — could weigh on debt affordability.

In its revised budget to parliament last year, Finance Minister Seth Terkper indicated that the Mahama-led administration will in 2015 pay â‚µ9.36 billion as interest on loans borrowed to finance its activities; but indications are that government could exceed the interest payment budget for last year when the Finance Ministry publishes the December fiscal figures by March this year.

This is nearly 400 percent above the â‚µ2.44 billion total interest expenses the country paid four years ago.

It is strongly argued that the rise in interest costs over recent years have been caused by the large budget deficits registered over the years, especially since 2012 – which were financed by borrowed funds from both domestic and foreign sources at high interest rates.

In 2016 interest payments are projected to absorb 28.8 percent of total domestic revenue, which means that for every â‚µ1 to be collected as domestic revenue â‚µ0.29 will go into interest payment, leaving the rest for other recurrent expenditures including wages and salaries, other statutory demands such as transfers to government units, and the much needed capital expenditure.

The growing interest payments on debts has thus fueled continued concerns of interest burden on the state coffers, with the Institute of Fiscal Policy arguing that interest payments now exceed capital expenditure and could soon outstrip the public sector wage bill.

Global credit rating agency Fitch has also said that Ghana's interest burden is the highest among its rated sub- Saharan African countries, while other analysts have expressed worry over the escalating interest on the country's debts.

As at September 2015, the total public debt stood at â‚µ92.2 billion – equivalent to 69.1 percent of GDP. Currently, however, the public debt level of government is not yet available, but the central bank says that total domestic debt as at December last year was â‚µ38.8 billion; which more than the â‚µ38billion recorded in November.

The International Monetary Fund (IMF), which is helping the government to manage the Ghanaian economy under a 3-year Extended Credit facility progarmme, says Ghana's public gross financing needs are among the highest of frontier/emerging markets at above 25 percent of GDP in 2015.

According to the Fund, the shortfall in financing due to the lower-than-planned Eurobond issuance was filled with domestic financing, coinciding with the easing of domestic liquidity constraints – including through the Bank of Ghana's foreign exchange swap transactions with domestic banks.