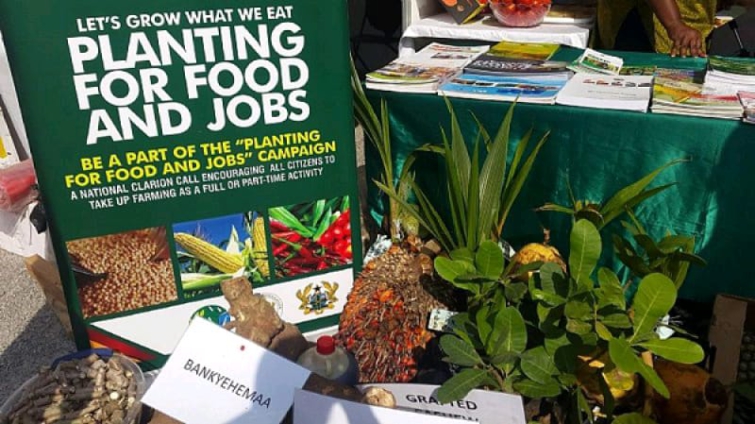 Former Board Chairman of the Ghana Grains Council, Gideon Aboagye, has urged government to review all flagship programmes, particularly the Planting for Foods and Jobs to make it beneficial to Ghanaians.

According to Gideon Aboagye, the decision to export some of the produce from the programme defeats its purpose.

According to him, the Planting for Food and Jobs programme has been successful after it was launched in 2017 because subsequent years saw an increase in the national crop yield.

However, Ghanaians are not benefiting from it due to the government’s decision to export most of the produce.

“The Planting for Food and Job initiative was successful but it failed to benefit Ghanaians. If government spends money on any project, the beneficiaries should be the citizens who are the taxpayers,” he stated

He told Emefa Adeti on Prime Morning on Wednesday that, any time government spends any amount of money on a project, the main beneficiaries should be the taxpayers and not foreigners like what is happening with the Planting for Food and Jobs initiative where most of the soya beans produced, are exported.

“Government exports greater portion of soya beans for processing, instead it should be processed in the country to ensure there is enough stock to avoid the intermittent shortage in the country,” he noted

Speaking to the content of a hotline documentary by JoyNews’ Prince Appiah which highlights the struggle poultry farmers are facing due to the shortage of soya beans in the country, he said the government’s decision to export soya beans for processing is the cause of the shortage and the consequent hike in its price.

Mr. Aboagye reiterated that the survival of the poultry industry depends on the availability of soya and its products, hence government and all stakeholders should come together and set up an independent board to manage the soya buffer stock so that there would be enough to feed the local industry and prevent foreigners from purchasing it.

According to him, this is necessary because foreigners are buying products far above the world market price at the expense of the local consumers. This, he described as a plot by the foreigners to sabotage the local market.

“In production, there is minimum price to buy raw materials, but why are foreigners buying the raw products far above the world market price and exporting them? Is it to sabotage the local market?” he quizzed.

DISCLAIMER: The Views, Comments, Opinions, Contributions and Statements made by Readers and Contributors on this platform do not necessarily represent the views or policy of Multimedia Group Limited.
Tags:
Planting for food and Jobs