Government releases over 400 acres of state lands to Asantehene - MyJoyOnline.com

Government releases over 400 acres of state lands to Asantehene 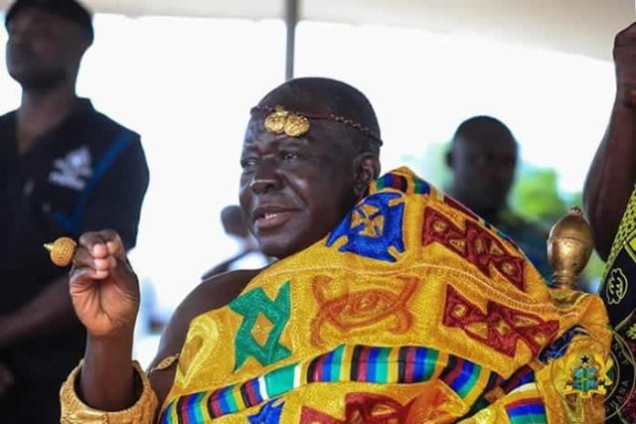 Government has released a portion of state lands at the Ridge Residential Area in Kumasi to Otumfuo Osei Tutu II.

According to the Ashanti Regional Coordinating Council, the release has been made to the Asantehene on behalf of and in trust for subjects of the Golden Stool.

A letter dated May 18, sighted by Myjoyonline.com indicated that the gesture is pursuant to the issuance of “Executive Instrument 432 of 2021 by Government in respect of Redevelopment of Sector 18 of Kumasi, which was published in the Ghana Gazette on 31st December, 2021.”

The letter, addressed to “All Public Institutions – Ashanti Region”, was signed by the Chief Director of the Ashanti Regional Coordinating Council, Mrs. Emelia Ayebeng Botchway, on behalf of the Regional Minister, Simon Osei Mensah.

Read full details of the letter:

2. The released portion with an area of 409.24 acres, spans from the North-Western Section of the Military Barracks near Komfo Anokye Teaching Hospital. The site is along the Bekwai Road as its Western Boundary to the Santasi Round About, with the Southern By-Pass as the Southern Boundary. The land also lies towards Dakwodwom to the KCC/State Experimental School, along the Danyame Stream to the north, with the Cedar Road as the Eastern Boundary.

3. The revested land contains both privately-owned properties to be maintained and state bungalows to be relocated to the area retained by Government. All leaseholders of private and public residential and other properties within the revested area are also to attorn tenancy to the Asantehene.   This means annual ground rent has to be paid to the Golden Stool by all lessees with the coming into force of the Executive, Instrument (E.1.) 432, with the Asantehene possessing the reversionary interest.

4. All Heads of Public Institutions are to take note of the change of status of the land at Ridge Residential Area in Kumasi and to refrain from constructing any new building or redevelop any official bungalow or undertake any elaborate maintenance work on the properties within the enclave.

The release of the land comes in the wake of public outcry resulting from a revelation that President Akufo-Addo had signed an Executive Instrument to declassify the Achimota Forest.

But even before the dust settled, another jaw-dropping discovery was unearthed in the will of the late Kwadwo Owusu Afriyie.

Meanwhile, the Executive Secretary of the Lands Commission, James Dadson has said there is no record at the commission that Sir John owns portions of the Achimota Forest Reserve.

“There is nothing in our records concerning that. What you read is what I have read. We don’t have anything recorded here for Sir John as far as our records are concerned,” James Dadson told journalists in Accra on Monday, May 23.

In a related development, the Lands Commission has officially commenced processes to trace the lands captured in the final will of the late Chief Executive of the Forestry Commission, Kwadwo Owusu Afriyie also known as Sir John.