Government should not be in the business of employing people - Austin Gamey - MyJoyOnline.com 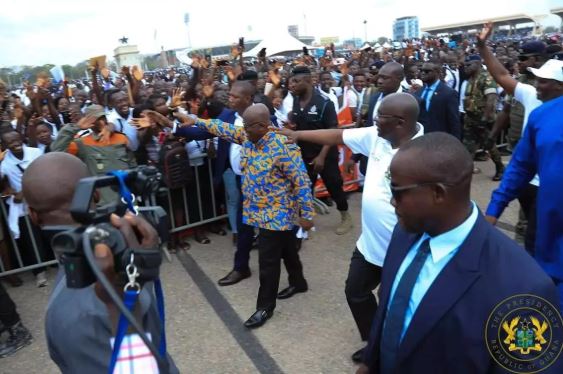 According to him, the recruitment and employment of people into the public service is the preserve of the civil service which has laid down procedures to ensure that new workers are enrolled efficiently.

Speaking on JoyNews’ PM Express, Austin Gamey, however, noted that it has become characteristic of successive Ghanaian governments to burden itself with the direct employment of people into the public service.

This, he says, is improper and must be discarded immediately.

He was speaking on the NABCo crisis and the failure of successive governments to maintain a robust youth employment scheme.

“I mean to be very blunt civil service is civil service and there are properly laid down structures including the optimum numbers they can take beyond which it will create problems for everybody.

“If we can stick to that and government can have these things [NABCo] as a vehicle, as a stopgap vehicle as said by… the President himself when he was launching these programmes –  I recall very well the first one in Kumasi, clearly it was not intended to be a permanent vehicle,” he said.

He explained that the NABCo was only expected to give beneficiaries a taste of work-life after which they could readily transition into the private sector or into available vacancies in the government sector.

“Or you take destiny of yourself into your own hands because you’ve had a taste of work-life already. That was how the message was crafted and well understood,” he said.

“Not paying them is another business altogether we can deal with later but generally speaking, government is not supposed to be in the business of employing people permanently. The vehicle, the structure of the civil service is already properly laid down,” he reiterated.