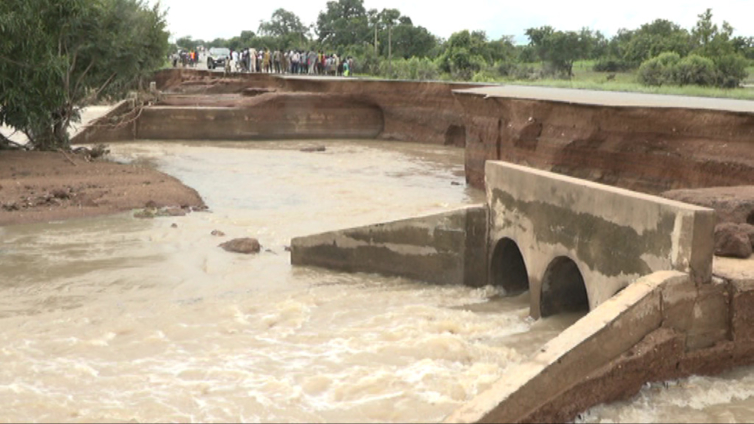 The Minister of Roads and Highways, Kwasi Amoako-Attah, says government will spend about GHC50 million to repair eight roads damaged by flash floods in the Upper West Region on Thursday, August 12, 2021.

The Minister made the disclosure on Monday during a meeting with representatives of the aforementioned construction firms and engineers of the Roads Ministry in Accra to assess the scope of work to be carried out.

He said the four contractors were selected out of twenty constructors due to their proximity to the affected areas.

However, the Minister said the remaining contractors had communicated their willingness to support in any capacity should their assistance be needed later on.

He said the repairs would include; site clearance and demolition, earthworks, concrete works, road pavement works and road surfacing works.

The Minister said immediately the incident happened, a high powered technical team was deployed to the Upper West Region to assist personnel over there.

Mr Amoako-Attah urged the constructors to commence work by tomorrow, adding that Government would provide the needed resources for the mobilization of their equipment to the sites.

He also assured them that Government would honor all financial commitments to ensure that the work was completed as soon as possible.

Mr Wumbei Fuseini, Chief Executive Officer (CEO) of Mawums Limited, expressed appreciation to Government and the Roads Minister for the confidence reposed in them.

Some parts of the Upper West Region were on Thursday, August 12, 2021, thrown into a state of disarray after a torrential rainfall which lasted over 12 hours left hundreds of commuters stranded.

At least 155 homes have been destroyed and more than 700 farms suffered some extent of damage.

Some 1,605 people were directly affected, but many are still suffering as a result of damages to crops and roads.

Major bridges on the Wa-Hale road that connect the Nadow-Kaleo district, Jirapa, Lawra, and the Nadom municipalities to Wa the Upper West regional capital were affected while portions of the already deplorable Wa-Tumu road were also washed off.