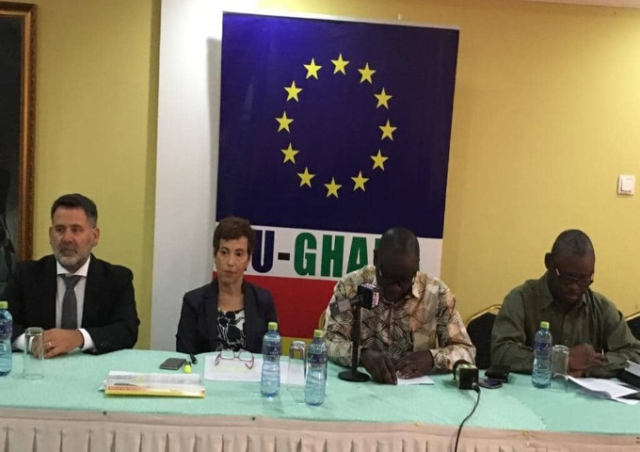 The Lands and Natural Resources Minister has declared war on illegal logging of timber in the country's forests even as Ghana inches closer to becoming the first country in Africa to export timber to the European market.

Asumah Kyeremeh said the ban is to help regulate activities of lumber companies and also to protect and preserve the forests.

He said particular attention is paid to trees that are categorised as an endangered species with a long term goal of promoting sustainable logging in the country.

Mr. Kyeremeh said this when he visited the Kumsimoa Bepo Shelter belt forest reserve in a small community of Bokor at New Edubiase in the Asanti region.

Some environmentalists and civil society groups raised concerns when an official of the Forestry Commission said the law permits miners to undertake their operation even in forest reserves.

They argue, that defeats the green Ghana agenda.

At a joint press conference addressed by the Minister and the head of the European Union delegation to Ghana Diana Acconcia in Kumasi on Wednesday, Mr. Kyeremeh defended the position of the Forestry Commission saying " it is not illegal to mine in a forest reserve ".

According to the Minister, what the law requires is for mining companies to do what he describes as "sustainable mining" by reclaiming the land after mining.

"You don't expect to do surface mining and expect that the trees in the forest do stand. You clear them," the Minister said.

The government has implemented the Timber Tracking System to keep taps on the harvest and export of every tree that is felled and transported from the forest belts to promote sustainable logging.

The Minister has, therefore, charged the Forestry Commission to replicate the successes recorded at the Kumsimoa forest reserve in other areas to help maintain the belts that have survived.