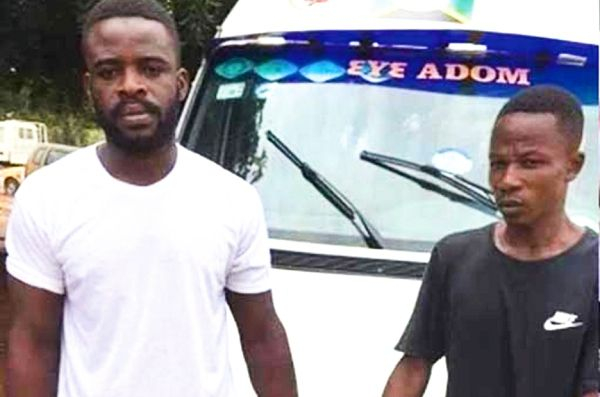 The Ghana Private Road Transport Union (GPRTU) and Human Rights Advocacy Centre (HRAC) are demanding access to the driver and his mate who were captured in a video assaulting a police constable, Julius Mawuli Ekpe.

In a letter to the Director-General of the Criminal Investigations Department (CID) DCOP Maame Yaa Tiwaa Addo-Danquah, the bodies also want to know the whereabouts of Francis Buabeng and Albert Ansah.

The two were remanded into police custody after appearing in court on Monday.

They both pleaded not guilty to four counts of conspiracy to commit crime, assault of a public officer, causing damage to police accoutrement and obstruction.

However, the leadership of the GPRTU, the transport union they belong to and a host of human rights activists, claim that they have since been looking for them without success.

“We were told he had now been take to the BNI [Bureau of National Investigations],” Industrial Relations Officer of the GPRTU, Abass Ibrahim Moro, told Joy News, Thursday.

While condemning the behaviour of their member and his conductor, Moro stated: “We want to hear the side of the driver also.”

HRAC’s letter to the CID Boss noted, “We wish to bring to your attention that in accordance with the accused person’s right to legal representation as provided under the 1992 Constitution, Article 19(2)(f), we are seeking to be immediately informed  about the accused (sic) persons whereabout.

“In default of this, we will take the necessary legal steps to ensure compliance with legal protection measures for the two accused persons,” concludes the letter signed by Executive Director, Cynthia Nimo-Apredu.

“Nothing has happened” to them, Afia Tenge stated, “In fact, they are with the Criminal Investigations Department.”

Despite the revelation, the human rights body is still not pleased.

Speaking on Top Story on Joy FM, however, the Country Director of HRAC, Robert Amofa wondered: “Why would they throw people from one place to the other without [giving] adequate information…why should we look for these people the whole day and we don’t find them?”

On Thursday, March 14, the policeman who is attached to the Visibility Unit of the Accra Regional Police Command, was on duty on the Kasoa-Mallam road.

While on duty, Buabeng, who was driving a Sprinter bus, with registration number AW 855-14, parked his vehicle in the middle of the road and was loading, which obstructed other road users.

The policeman approached the accused persons to move the vehicle to allow for the free flow of the traffic, but they failed to take the advice.

Subsequently, a motorbike hit a private vehicle, after which the driver of the Sprinter bus drove off, while Constable Ekpe, who was riding a motorbike, gave him a chase and finally caught up with him at the Mallam Junction Bus Stop.

The two men then pounced on the complainant and started beating him mercilessly. The assault was captured on video by a bystander who is yet to be identified, after which the video went viral on various social media platforms.

Constable Ekpe’s uniform was torn by the accused persons, who abandoned their vehicle in the middle of the road at the Mallam Junction and fled.

A report was made to the Odorkor Police and the vehicle was towed to the police station and impounded.