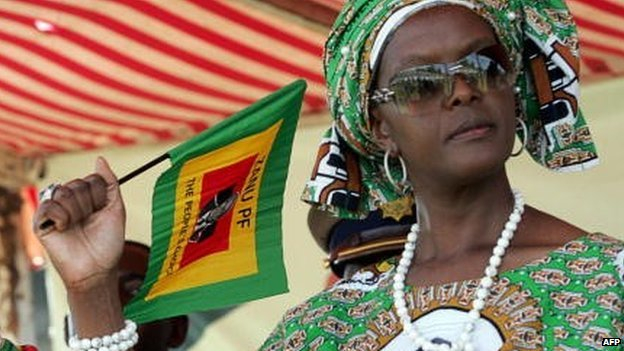 Grace Mugabe, the wife of former Zimbabwean President Robert Mugabe, who has already been sued in South Africa for assault, is facing a new complaint in her country filed by a former employee who accuses her of having beaten her.

The case dates back to March 2017, a few months before the end of the reign of the Mugabe nonagenarian in Zimbabwe.

In a statement filed in a court in the capital Harare, Shupikai Chiroodza, who worked for the presidential couple in their private residence, claims to have been violently assaulted by the former First Lady.

Mugabe, 53, is said to have become enraged that her 95-year-old husband gave the housekeeper a cash wedding gift.

The servant was dismissed the following May.

Shupikai Chiroodza’s lawyer told AFP on Tuesday that the complaint had been filed for “unfair dismissal”.

Mugabe, sometimes known as “Gucci Grace”, is already wanted in South Africa on separate charges of attacking South African model Gabriella Engels at a hotel in Johannesburg in August 2017.