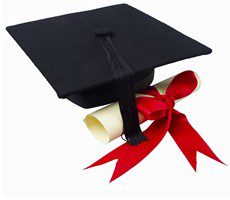 The Graduate Students Association of Ghana (GRASAG) has called for the surcharging and prosecution of public officials who have been named among beneficiaries of the GETFund scholarship.

The call comes after some Ministers in the Akufo-Addo government and other government appointees were listed as beneficiaries of the scholarships, which are meant for needy but brilliant students.

GRASAG, however, registered their displeasure stating that the act of public officials receiving funds meant for brilliant but needy students is a disgrace and an abuse of discretionary powers by the Board of the Ghana Education Trust Fund.

A performance audit report of the Auditor-General on the administration of scholarships by GETFund revealed that Education Minister, Matthew Opoku-Prempeh, Procurement Minister and Deputy Majority Leader in Parliament, Sarah Adwoa Safo, as well as other government appointees all, benefitted from the scheme.

The Education Minister is listed as studying National and International Security at Harvard University, receiving $12,800 for living expenses and $11,200 as tuition fees.

Dr. Armah is studying Philosophy in Education at the University of Aberdeen, which comes with a benefit of £38,400 for living expense in addition to £33,000 for tuition fees.

A statement issued by the National Executive Committee of GRASAG, however, said Section 2, Clause (b) of Act 581states that, “GETFund is to provide supplementary funding to the Scholarship Secretariat for the grant of scholarships of gifted but needy students for studies in the second cycle and accredited tertiary institutions in Ghana” but unfortunately “persons of influence and individuals with much political exposure have unfortunately hijacked this important objective of the Secretariat at the expense of the poor taxpayer on whose behalf the fund was established.”

They, therefore, want the government to prosecute all public officials who have their names in the list of beneficiaries of the fund.

According to the Association, “the extent that these public officials did not go through any robust competitive selection process before receiving their scholarships is enough ground to ask them to refund the said amount.”