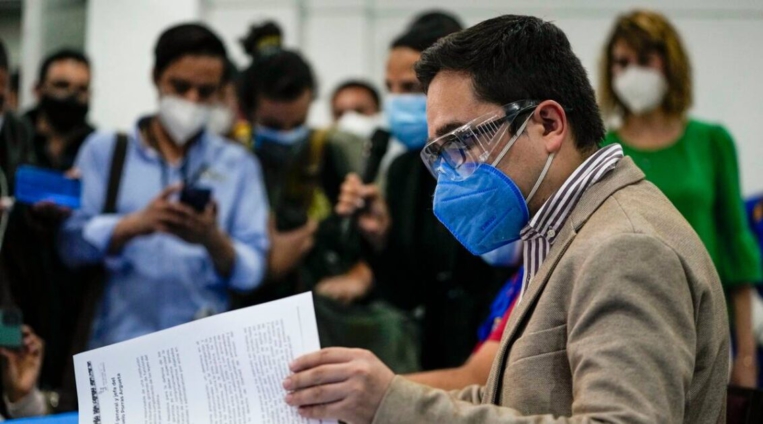 Guatemala’s attorney general has removed an internationally known corruption prosecutor from his post as head of the anti-corruption unit, prompting criticism that the move was a setback to the rule of law.

Juan Francisco Sandoval was dismissed on Friday as head of the Special Prosecutor’s Office Against Impunity (FECI), which had been hit with legal challenges seeking to declare the agency unconstitutional.

The unit was originally created to tackle investigations spearheaded by the United Nations-backed International Commission Against Impunity in Guatemala (CICIG), which was removed from the country in 2019.

“Given the imminent lack of trust in the relationship, today his employment is terminated,” Attorney General Maria Porras said in a statement, accusing Sandoval of frequent abuses and undermining her work. She did not provide details.

Sandoval, at a news conference alongside Guatemala’s human rights ombudsman, said he would challenge his “illegal dismissal”. He accused the attorney general of asking his agency to seek her opinion on any case that involved the government.

“If it is necessary to pay the price with my dismissal, I prefer that than to be silent about illegal activity,” he said.

“I am the latest in a string of prosecutors who have suffered the consequences for seeking truth and justice.”

For his part, the human rights ombudsman, Jordan Rodas, called on Porras to resign.

President Alejandro Giammattei had criticised Sandoval in an interview with the Reuters news agency in June that he and a leading judge had allowed political beliefs to colour their work.

The United States, however, was a vocal supporter of Sandoval’s work, which included investigating and litigating cases against former officials, presidents and business leaders in Guatemala. The State Department declared him an “anti-corruption champion” in a February award.

Sandoval’s removal sparked a backlash from US officials, including Acting Assistant Secretary of State Julie Chung, who called the move “a significant setback to rule of law” and said it was essential that FECI remain intact.

“It contributes to perceptions of a systemic effort to undermine those known to be fighting corruption,” Chung said on Twitter.

“Guatemalan authorities must ensure his safety.”

Juan Gonzalez, one of US President Joe Biden’s top aides for Latin America, said on Twitter, “I don’t know what Porras is playing at, but with each day it is more obvious that it is not the rule of law.”