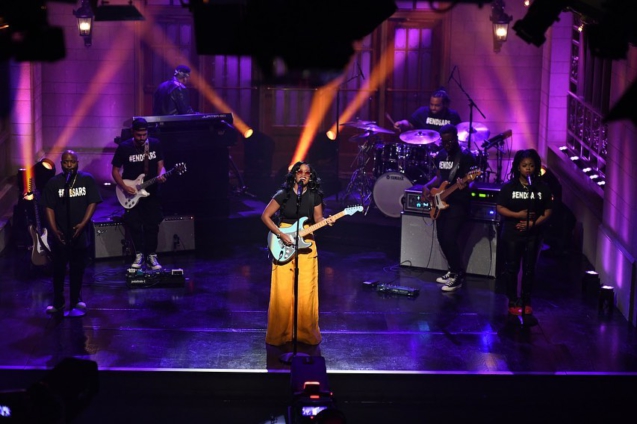 The singer, born Gabriella Wilson, had her backup singers and instrumentalists in shirts printed with EndSARS during their performance on stage.

The deeply moving track talks about someone suffering a loss.

H.E.R joins a number of celebrities supporting Nigeria’s youth’s cause to end police brutality in the country.

Beyonce, Rihanna, Nicki Minaj, Hillary Clinton among others have called out Nigerian authorities for not listening to the plight of the youth.