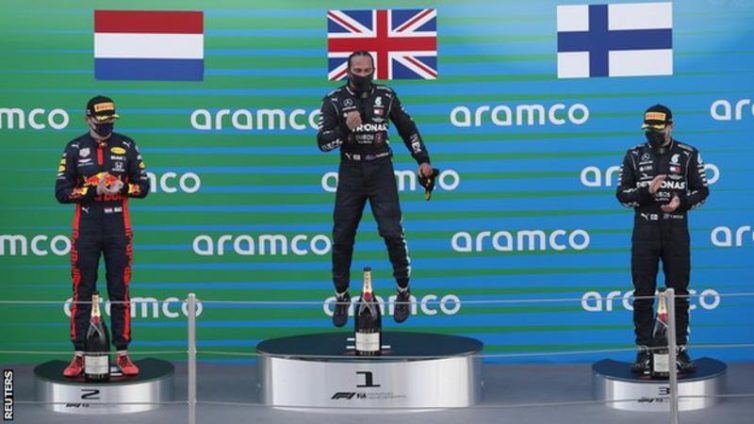 Record breaker: Hamilton now holds the record for the most podiums in Formula 1 history with 156 appearances

Lewis Hamilton dominated the Spanish Grand Prix to take his fourth victory in six races so far this year.

The Mercedes driver led every lap from pole position and was simply too fast for Red Bull’s Max Verstappen, who was unable to challenge.

Hamilton’s win extended his World Championship lead to 37 points over Verstappen, who is six ahead of Bottas.

It was the 88th victory of Hamilton’s career and he is now just three from Michael Schumacher’s all-time record of wins.

It was also his 156th podium finish, a new record, beating the previous mark, also held by Schumacher.