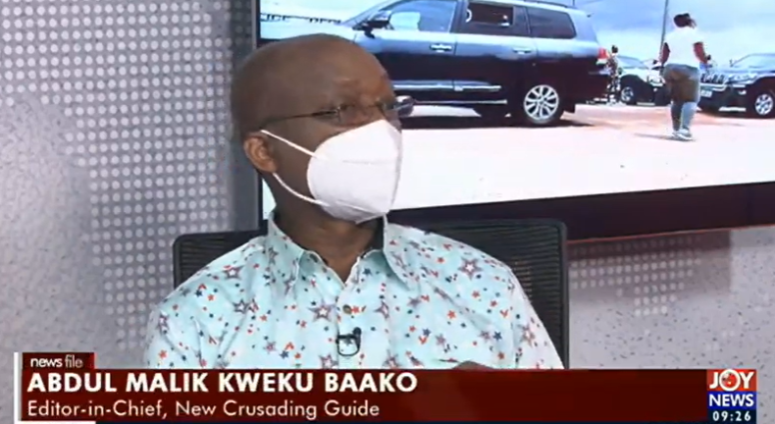 The editor-in-chief of the New Crusading Guide newspaper, Kweku Baako says MP for Awutu Senya East, Hawa Koomson firing a warning shot at a registration centre was avoidable and inexcusable.

Speaking on Newsfile, he stated that the electoral area has a history of violence, hence, it is surprising that an MP and a Minister of State would approach the ‘hotspot’ without a security detail.

“In a place that is a hotspot, making prior arrangements and going there with your bodyguards and some extra protection if necessary makes sense and nobody can contest that.”

“But, to assume that in this kind of situation you could go there alone and protect yourself in the name of self-defence is a poor judgement.”

Kweku Baako explained that Hawa Koomson should have made sure the area was being policed, according to the law, after she was fed with information that there were some illegalities going on at the centre.

“I want to be very blunt. What happened relative to the conduct of a Member of Parliament and Minister of state in my candid opinion was avoidable and an inexcusable gaffe,” he stated.

The Member of Parliament for the Awutu Senya East Constituency admitted to firing a gun at a voters’ registration centre in the constituency on Monday, July 20.

According to the MP, she took the firearm – which she refused to identify – to the registration centre to protect herself.

This follows a misunderstanding at a voters’ registration centre in Kasoa on Monday, which resulted in the Special Development Initiatives Minister firing a gun.

The Special Development Initiatives Minister told JoyNews that she only fired the gunshots when her life was threatened by some thugs alleged to be affiliated to the opposition NDC.

She was subsequently arrested and her gun and its license were seized by the Central Regional Police Command.

“Although many people have a distrust for the security agencies, the actions of the MP in this instance cannot be justified or rationalized,” Kweku Baako told Samson Lardy Anyenini, host of Newsfile.

“Because you are not alone, whatever you do, however, you do it has an effect on the party you belong to, the administration, the constituency you represent and the country as a whole,” he added.