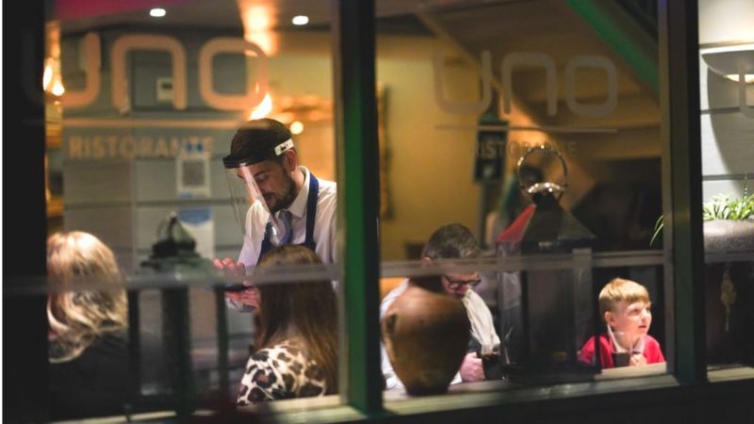 The UK hospitality industry has said it will take legal action to stop new local lockdown rules that could force pub, clubs and other venues to close.

Trade body the Night Time Industries Association (NTIA) said there was no evidence that hospitality venues contributed to the spread of Covid-19.

It comes as the government prepares to unveil new restrictions for England.

NTIA boss Michael Kill said the hospitality industry had been left with “no other option”.

“These new measures will have a catastrophic impact on late night businesses, and are exacerbated further by an insufficient financial support package presented by the chancellor in an attempt to sustain businesses through this period,” he said.

“This next round of restrictions are hugely disproportionate and unjust, with no scientific rationale or correlation to Public Health England transmission rates, when compared to other key environments.”

The Liverpool City Region is expected to face the tightest restrictions under a new “three tier” system, which will classify regions as being at a “medium,” “high” or “very high” level of alert.

In the most infectious areas, pubs, bars and other hospitality and leisure businesses are likely to be forced to close, as has happened in parts of Scotland.

The chancellor has promised to pay two-thirds of workers’ wages if employers have to shut.

But some fear this will not be enough and there could still be an impact on jobs, said Dame Carolyn Fairbairn, director general of business lobby group the CBI.

“It is particularly hard for hospitality who worked so hard to get their premises Covid-safe, but also the supply chains that depend on them,” she told the BBC’s Today programme.

“I think they do want to see a much more evidence-based approach – the government needs to show its workings.”

Leaders in northern England, which has been hard hit by the new surge in coronavirus cases, are supporting NTIA’s call for a judicial review.

So too are the British Beer and Pub Association and two of the country’s biggest pub operators, JW Lees and Joseph Holt, alongside 10 other organisations.

Sacha Lord, Manchester’s Night Time Economy Adviser, said: “Once again the government wants to shut down pubs and bars, but this cannot keep happening and we need to understand why the hospitality industry is being isolated like this – where is the scientific evidence to suggest closing venues suppresses transmission?”

“The government is treating hospitality industry workers as second-class citizens. Many of them are already on the minimum wage and there is no justification for a furlough scheme that pays two-thirds of their wages when workers in other industries were given four-fifths,” he said.

However, Calum Semple, professor of outbreak medicine at the University of Liverpool and a member of the Scientific Advisory Group for Emergencies (Sage), said imposing restrictions is the right course.

He told BBC Breakfast: “Most of the outbreaks are happening within and between households and then after that, it’s in the retail and hospitality sector.

“So, the major issue here is to focus on the cities and areas with the largest outbreaks and sadly my home city of Liverpool is being hammered at the moment. These restrictions are necessary.”

The government is already facing a legal challenge over its decision to impose a 10pm curfew on English pubs.

Jeremy Joseph, boss of the G-A-Y club group, said the curfew was detrimental to hospitality businesses and “makes absolutely no sense”.

“It does the opposite of protecting people by pushing them onto the street at the same time. They are going from being safe inside venues with staggered closing times to unsafe on overcrowded streets and overloaded public transport.”