Hotel Rwanda hero to be tried in absentia 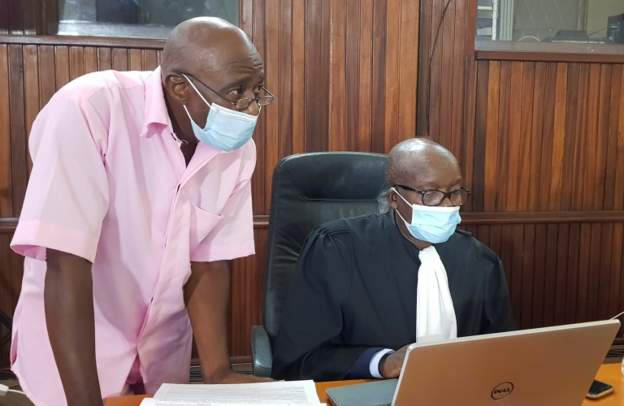 A high court in Rwanda has decided to continue with the terrorism trial of a man portrayed as a hero in a 2004 Hollywood movie about the Rwandan genocide.

Earlier this month, Paul Rusesabagina said he would not appear in court again as he did not expect justice.

On Wednesday, the court said the trial would continue even if he “would not appear without valid reasons”.

The judge said Mr Rusesabagina still had a “right to reappear [in court] before the trial is concluded”.

Mr Rusesabagina and 20 others are accused of terror charges related to deadly attacks in Rwanda in 2018 and 2019 by the FLN, the armed wing of the Rwandan Movement for Democratic Change (MRCD), a coalition of opposition parties of which he is vice-president.

The other suspects appeared in court on Wednesday to enter their plea.

A fierce critic of Rwanda’s President Paul Kagame, he was detained in unclear circumstances in Dubai last August. He says he was illegally abducted and flown to Rwanda, but the court said he was tricked and must stand trial.

He became famous after Don Cheadle played him in the 2004 film Hotel Rwanda, which depicted his efforts to save hundreds of people from being murdered during the 1994 genocide.

He left Rwanda in 1996 and sought asylum in Belgium and later obtained a green card for the US, becoming involved in opposition politics in exile.

His lawyers have denied the charges against him.