How often should you wash your kitchen and bath towels? 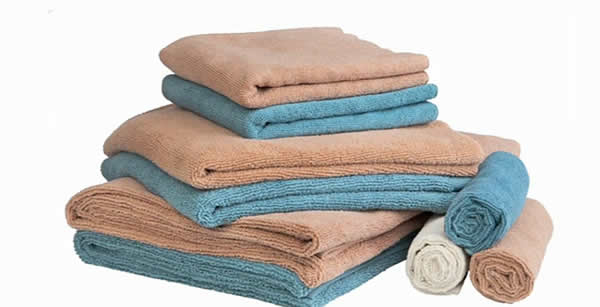 Kitchen and bath towels can be a major source of grime and dirt—not to mention germs and microorganisms.

Is tossing them in the washing machine once a week enough to get them truly clean? One expert, Dr. John Swartzberg, clinical professor emeritus at the University of California, Berkeley School of Public Health, explains why hot water won’t sterilize those fluffy fabrics, and when your safest solution might be to throw the towel in the trash.

The Centers for Disease Control and Prevention estimates that 1 in 6 people are sickened with foodborne illnesses each year.

Restaurants get a bad rap, but the truth is, most foodborne pathogens start in the home, says Dr. Swartzberg.

Recent studies have found that kitchen towels are a source of microorganisms, and some—such as Salmonella and Campylobacter—possibly exist in sufficient quantities to transfer to a utensil or plate, and from there to a human host.

But “no one has determined that towels are the source of foodborne disease in humans,” says the doctor. In other words, a dirty dish towel could in theory make a person sick but has never been proven to do so.

In the bathroom, molds and fungus grow readily on wet or damp towels but have a hard time staying alive once the towel is dry.

Still, they are hardy, and can snap back as soon as towels become wet again, so don’t skip washing before drying. Skin flakes and dirt also stick to fibers when the towel is rubbed vigorously on the body or face.

As a public-health professional, Dr. Swartzberg says he isn’t too worried about dirt, which we encounter every day. The bigger concern is the potential of re-infection with a bacteria, fungus or virus, he notes.