Hundreds campaign for removal of Kennedy Agyapong as Chair of Parliament's Defence and Interior Committee - MyJoyOnline.com 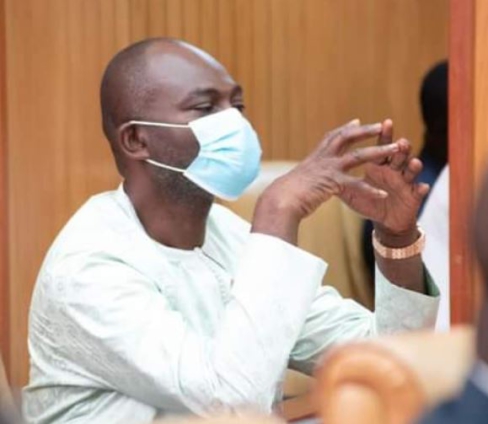 Hundreds of Ghanaians are massing signatories for an online petition to Parliament for the removal of the Assin Central MP as Defence and Interior chairman for threatening the life of a journalist.

Kennedy Agyapong, on Friday, July 9, was reported to have verbally abused and threatened to attack Luv FM’s Erastus Asare Donkor, for the journalistic work that the latter undertook during the recent shootings and killing incident at Ejura on Net 2 TV, a television station owned by the MP.

Over a period of time, the legislator has waged a consistent attack on some leaders, media personnel, and charismatic congregations.

Taken down memory lane a couple of years ago, Mr Agyapong threatened the life of an investigative journalist Ahmed Suale and went to the extent of showing his photographs on television inciting the public against him.

A few weeks after his actions, Ahmed Suale was murdered in cold blood.

Sores of Ghanaians and top officials have condemned the utterances of the legislator, describing it as inflammatory and reckless.

Adding their voice to the condemnation, the Media Foundation for West Africa (MFWA) registered displeasure on the verbal attacks on Erastus Asare Donkor and called for immediate protection.

“Against this background, we find Kennedy Agyapong’s attack on Erastus Asare Donkor reckless and highly disappointing, especially from an MP and at this time when the country is still mourning the killing of Ibrahim Mohammed Kaaka and the two protesters.”

“We call on the Police to take note of the dangerous pronouncements and the threat that it portends for the journalist’s life. We urge the government to call Kennedy Agyapong to order and take steps to offer Erastus Asare Donkor the needed protection.

Meanwhile, The Multimedia Group has filed a formal complaint against the MP for threatening the journalist’s life.

In response, the Ashanti Regional Police Command has in a press release indicated that it has commenced investigations into the formal complaint filed by media group against the Assin Central MP, Kennedy Ohene Agyapong.

DCOP Adjem assured that his outfit will continue to uphold the constitution and exercise their mandate dutifully.