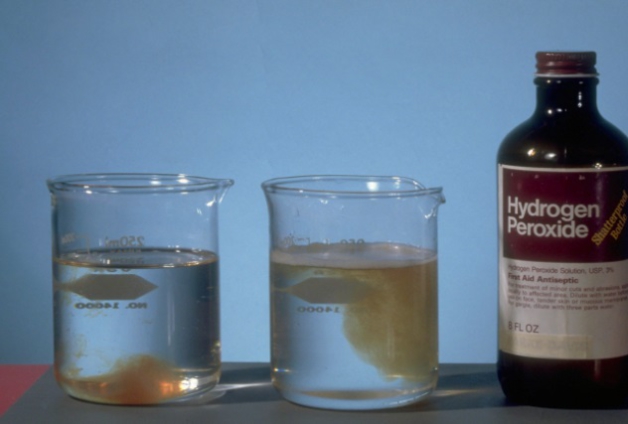 A retired professor of the University of Ghana Medical School, College of Health Sciences, says research conducted by a team of medical scientists and doctors have proven the efficacy of hydrogen peroxide on Covid-19 virus.

The solution, according to Emeritus Prof Andrews Seth Ayettey, is safe to use in a low concentration and could be applied to reduce viral load in the oral and nasal cavities of Covid-19 patients and to inactivate the viruses they shed.

He told JoyNews‘ Samson Lardy on Newsfile, Saturday, that he recommended the use of hydrogen peroxide as immediate protection against the virus.

“I can say from what we have research and what we have found, the evidence we have so far clearly indicates that Hydrogen peroxide works.”

“We are, therefore, more emboldened to recommend the use of hydrogen peroxide to protect against Covid-19, alongside the public health protocols and other remedies being actively promoted by government,” he said.

Again he added, “the one per cent you prepared, take one part of it and add one part of water and that gives you 0.5 per cent.” This 0.5 per cent, he added can be used for nasal wash.

He further revealed that the one per cent nebulised hydrogen peroxide that would reach all parts of the respiratory tract including the alveoli could prove helpful in the management of patients with early signs and symptoms of Covid-19.