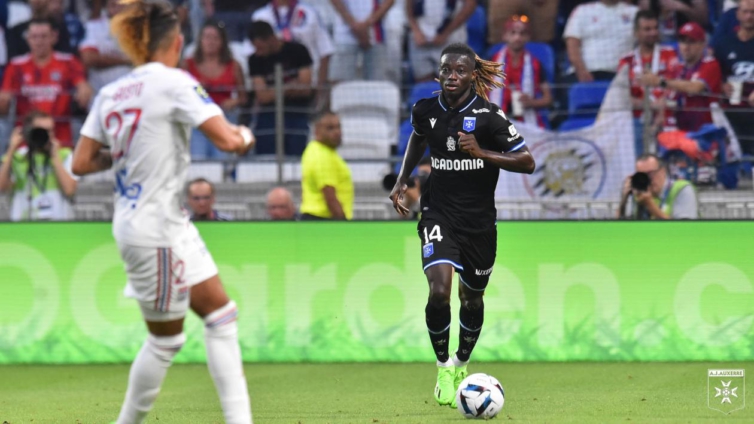 Ghana international, Gideon Mensah, has explained the reason behind his decision to sign for AJ Auxerre despite receiving offers from other clubs across Europe.

Mensah was the subject of interest from clubs in England, Turkey and Spain but the player opted to make a return to France, where he had earlier spent a season on loan with Bordeaux.

The 23-year-old penned a three-year deal for the Ligue 1 newcomers and made his debut against Olympique Lyon on August 31, 2022.

Mensah explains his decision to make a return is to enjoy the French league well after limited appearances last season.

“I decided to come back to France because I knew the league already and obviously I would prefer to get more playing time [compared to my time at Bordeaux],” he told Joy Sports.

“I didn’t play most of the games last season due to some problems in the background. My goal was to experience the league fully.

“Coming back here was like coming to finish the unfinished business that I did here [with Bordeaux].”

Mensah is expected to be in the squad again when Auxerre play Olympique Marseille over the weekend.

DISCLAIMER: The Views, Comments, Opinions, Contributions and Statements made by Readers and Contributors on this platform do not necessarily represent the views or policy of Multimedia Group Limited.
Tags:
Auxerre
Gideon Mensah
Ligue 1