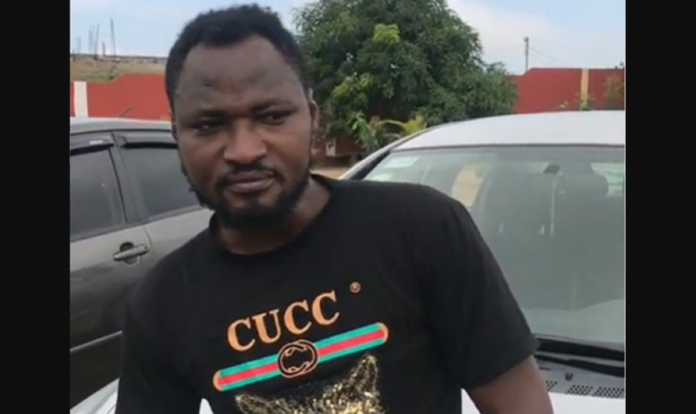 Following the fight with his ex-lover and mother of his children, comedian Funny Face has deleted all the photos and videos he had of his twins on his Instagram page.

Taking to the social media platform, Funny Face wrote a letter to his kids Ella and Bella stating that his health was deteriorating amid the constant fight with their mother.

“I did my best girls,” he wrote in the lengthy Instagram post. In a video he added to the post, he said “girls, you will one day understand it all. It is daddy protecting you.”

The comedian’s comments come after his former lover alleged that he was abusive in their relationship.

According to her, Funny Face in one of their numerous fights pulled a gun on her and shot their dog with the excuse that he cared for the animal more than she did their kids.

However, the actor says his ex-lover only known as Vanessa is only making these allegations to destroy his name.

He stated that for his daughters he is withholding damning videos that will not only redeem him but also point out the “truth” about who was the abusive one.

DISCLAIMER: The Views, Comments, Opinions, Contributions and Statements made by Readers and Contributors on this platform do not necessarily represent the views or policy of Multimedia Group Limited.
Tags:
Funny face