I did not resign - Cardinal Turkson - MyJoyOnline.com

I did not resign – Cardinal Turkson 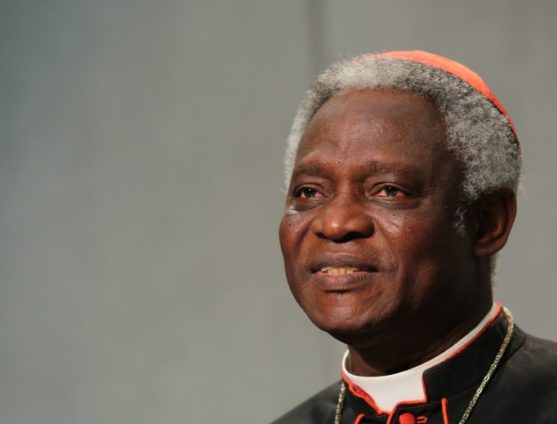 Cardinal Peter Appiah Turkson has reacted to the news of his purported resignation.

Cardinal Peter Turkson, who has been a key adviser to Pope Francis on issues such as climate change and social justice, was in the news recently for abruptly tendering his resignation from a key Vatican department, sources familiar with the matter said.

According to him, he did not tender in a resignation from the Vatican position as the news making rounds suggests.

He only sent a notification to the Pope to inform him about the expiration of his tenure of office which forms part of the bureaucratic process surrounding the Vatican.

“Here in the Vatican, every position is given for five years and at the end of the five years, either the term is extended, renewed or one is reassigned to some other position. I left Ghana in 2010, which means I have been here [for] eleven years, which means I’ve done two terms of five years.”

“So 2021 is the end of the second set of five years. So at the end of all of these years, you notified the Pope that your five years are up, to enable him to take a decision,” he clarified.

The 73-year-old heads a large Vatican department known as the Dicastery for Integral Human Development. It was formed in 2016 to merge four offices that dealt with issues such as peace, justice, migration, and charities.

According to sources, Cardinal Turkson had become “fed up” with internal disputes. In the response, however, he refuted the claim.

“So this is what happened last year, the Pope decided to reassign and…have you move on and that’s just what happened; you have to notify the Pope that your five years are up and doing that it’s not resignation, it’s just a notification,” he said on Accra-based Asaase radio.

“Over here in the Italian language, we say that: you put your mandate back to his hands for him to reassign, extend, modify or do what he wants to do with it.

“So that’s just what happened. Why this was seen and interpreted as resignation beats my imagination and as a result of that, I tweeted to explain all of this but people took things the way they wanted to take it. There was nothing to get upset or get worried about,” he emphasised.