I was caught again 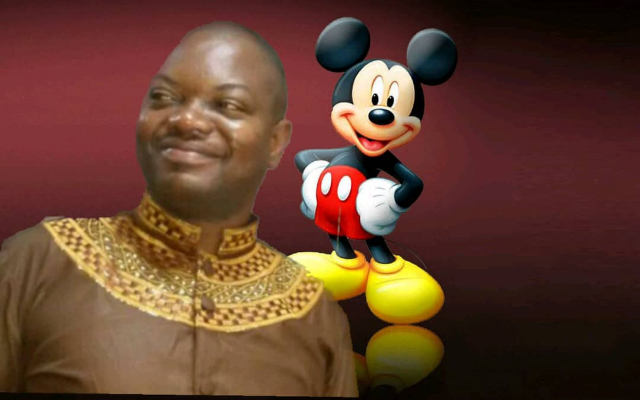 Just when I thought it was time to have useless fun, that was when the wahala started. I once told you before that whiles on leave, I was in Osu and decided to pass by Adabraka to buy jollof at ‘Adoley Special’ near ‘Champion’. I have a certain bad habit I’ve been trying to work on but it looks like I have lost the war against it. After 529 months on earth, what else can I do about my habit apart from striking it out of my annual cut and paste resolutions on December 31st! Forgerrit!

Look at Kofi o; so you just picked a calculator to divide 529 months by 12 only to realise that Mawuli is 44 years and one month old. Oh! Your Maths no good koraaa. Couldn’t you have just done the calculation without using a calculator? Oh d3bida! You too your retirement is approaching; we shall see. Hahahaaaa! I heard between my age now and my compulsory age retirement age flies like smoke…so quick! Let me speed up and increase my financial plans towards pension.

My bad habit is that I am always in a hurry; as to where, I don’t even know. After buying the jollof rice at Adabraka, I took the change from the woman and drove off. I only got to my Weija residence before realizing that I hadn’t taken the food I bought. It looked like I was more interested in the change than the food. Hmmm!

I did the same thing last Saturday. I went to buy condoms from a pharmacy shop nearby. The lady I used to buy from knew the USSD code I use when people are around. I just mention ‘*436*hash’ and then she wraps ‘it’ in a black polythene for me and I pay for it and I am gone. Everyone see it as para! That is the code for ‘Kisse’ brand of condoms. In fact from my ‘family planning’ experience, this is the best brand. It is cheaper than several other expensive brands but the best…for me. If you like try it. I have bought some of the most expensive brands before and had Kisse as a back-up because it’s cheaper and some of the expensive ones failed me; the reason for that my last born who who who… I don’t even know what to say but to say she hardly sleeps at night but to be spying on me and her mum ‘rolling over each other’! Some of those expensive brands burst easily especially if one’s ‘election’ is not that strong and and and… Hahaaa! As for Kisse, just try it and you would come and thank me later; it is very sweet like eating raw toffee but provides protection. It is now my main eyi and no longer a back up especially when the need for multiple ‘rounds’ arises!

Please use it on only your wife to control child birth o so that the population does not explode. After all, your vows during your wedding in church was actually meant to cheat on her and you keep deceiving yourself on Sundays. God forgive me, sorry, I mean you, Sammy. Hahaaa!

Now on that fateful evening at the pharmacy shop, I didn’t meet the usual lady but another one who described herself as an MCA. There were so many people in the shop so I requested to wait so I could tell her what I actually wanted. You know that is the only time a man will allow all those who came after him to be served first and not at the waakye seller’s joint. Lo and behold, after everyone had left, I succeeded in paying quickly for the ‘protectorr’ and took my change because the next person entering the pharmacy shop was a friend who would be surprised to see me there buying ‘morality contraband’ goods! Because I was in a hurry as usual, I only took my change and left without taking the ‘stuff’ I had paid for.

I got home, and went to bath. I was in the bathroom when my wife brought me 2 packs of condom in a transparent polythene. She said a certain lady at the nearby pharmacy brought it to the house and said after paying for it I forgot to take it so she has decided to do me ‘customer service’ by bringing it to my doorstep. Kai! Absolutely unnecessary customer service! Did I send her to do me any customer service? Oh trust me, before my wife, I denied ownership o. Unfortunately for me, after refusing to accept the eyi, I went out only to see the ‘unnecessary good Samaritan’ waiting outside to make me acknowledge receipt. So my wife brought me out and the girl said ‘Sir, you even left your driver’s licence; here it is, take it. Ei! This one was more than Australian fire meeting a tsunami!

My wife never said a word up till now and the thing is haunting me ooo. I am just praying for her to confront me so I will, as usual, use takashi and make her rather start feeling guilty for being fussy about ‘nothing’.

My pastor has been looking at me some kan way be of late and I suspect my wife might have reported me to him. That my pastor sef bad pass me. He is the one when he coughs, everybody comes falling down with a thud, apart from the camera man. We both met at the same pharmacy before, buying the same things. The last time I confronted him, he said ‘touch not thy anointed’. He was the one who taught me where to keep ‘those things’ under the spare tyre compartment of my car. He opined that your wife will never suspect you unless you give your car to her to drive and she gets a flat tyre on the way and had to change the tyre herself! Discovery Channel O! Hahahahahaha!

God is ‘funny’ o. I didn’t know why He doesn’t answer most of our prayers until last month when my 3-year old daughter ‘taught’ me how. She had a bad cough and I had observed that her cough becomes severer when she takes in cold water or ice-cream. Sometimes, after taking the first sip, she would cough aaaa to the extent of nearly choking herself. Meanwhile it has been confirmed that our families have no history of asthma. The only times we have such ‘attacks’ are when the husbands are about to ‘come’…and go!

At the same time, as a father who loves her child, I often would be tempted to pamper and delight her with ice cream after which she would cough even though my intention is to satisfy her wants and make her happy.

If I don’t give her, she would cry aaaaa and I would be touched and give her and she would cough till I become worried again.

Then at a point I had resolved not to give her any cold thing no matter how loudly she cries. And she would cry aaaaaaaaaa till she falls sleep! After a few days, I realized the cold was gone.

I just learnt from this experience that no matter what you desire through all night prayers, fasting etc, if it is not good for you, God will not give it to you bcos it is not good for you! I know you have been praying for one thing or the other but if you have no response from God yet, it is for your own good; just like the ice-cream, the thing may not be good for you or the time may not be ripe for you. Remember Isaiah 60:22 that ‘when the time comes, I, the Lord will make it happen’.  Halleluya! That is the Gospel according to my Strategic Advisor and the Chairman of the Useless Column Fun Club International, Dr. Paul Ampadu-Yeboah! Slim man with big brains! If you know him, please don’t ask me why I am describing him as ‘slim’! Hahahaaaaa! Chairman, I greet you o.

Haven’t you not realized that there are some things you have not prayed for yet they came your way easily and yet there are others you pray for aaaaaaaa yet puin! Indeed, God is funny!

Let’s thank God and pray for our employers however small they pay us!

DISCLAIMER: The Views, Comments, Opinions, Contributions and Statements made by Readers and Contributors on this platform do not necessarily represent the views or policy of Multimedia Group Limited.
Tags:
Comic
Opinion
Satire