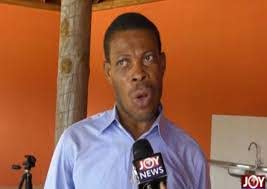 Veteran Ghanaian actor Prince Yawson popularly known as Waakye has confirmed he was sick but God has healed him.

The filmmaker was reported to have been hit with a mild stroke some years ago.

Some people alleged that he was rushed to a spiritual home in August this year when his condition detoriorated.

However, the actor in an interview with Hitz FM’s Doreen Avio said he felt bad hearing the numerous misinformation put out by people about his health status.

He stated that a lot of media houses failed to crosscheck information they put out.

“I watched a video of a newscaster who said I had a little chance of survival. It is as if you are the one who gives life, as if God told her He was going to kill me. I don’t know where they got that from” Waakye said.

Waakye assured that at the right time, he will come out to clear the air on all matters related to his health.

“Once Upon a time I was sick but I am well. The Bible tells us not to say I am sick but say I am well, that is why God will touch you but if I say I am sick then you will go sick but I have been well, God has touched me, God is busy on me,” he added.

DISCLAIMER: The Views, Comments, Opinions, Contributions and Statements made by Readers and Contributors on this platform do not necessarily represent the views or policy of Multimedia Group Limited.
Tags:
Prince Lawson
Waakye