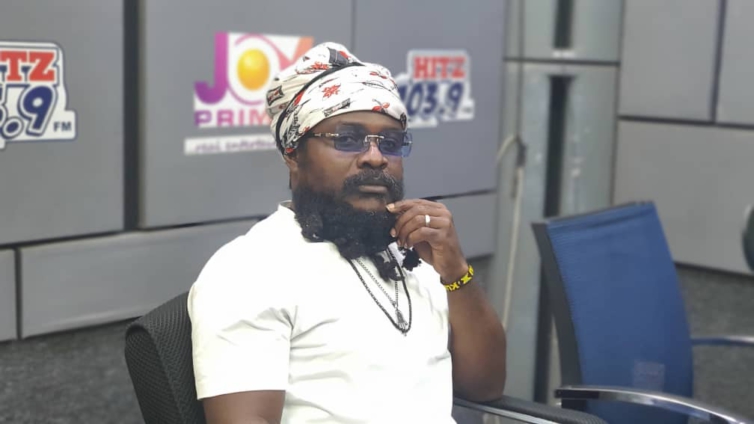 Reggae Dancehall artiste, Ras Kuuku, says he will be surprised if his new album dubbed 3 3 & 1, is not nominated in next year’s Vodafone Ghana Music Awards ‘Album of the Year’ category.

According to the controversial musician, the songs on the album are “masterpieces”, and have what it takes to be nominated.

“If I don’t see this album in the Album of the Year category next year, I will be shocked,” he said on Hitz FM.

The one-time VGMA Reggae/Dancehall Artiste of the Year is optimistic that his latest album will do well on the market.

In an interview with Andy Dosty on Daybreak Hitz, Ras Kuuku spent time with the show’s pundits to review the album.

The album features artistes like Fameye, Kuami Eugene, Y-Pee, and others who brought their A-game to the songs they collaborated on.

Kojo Kurankye, aka Ras Kuuku was born on 23 July, 1984 in Accra, Ghana by Madam Afia Kesewaa and Mr. Asiamah.

He had his junior high school education at Dome D.A.J.H.S. He continued his secondary education at Nungua PRESEC where he served as Entertainment Prefect.

Kuntunkununku which means ‘The Heaviest’ is an 18-track album that features Samini, Stonebwoy, MzVee, and more.

DISCLAIMER: The Views, Comments, Opinions, Contributions and Statements made by Readers and Contributors on this platform do not necessarily represent the views or policy of Multimedia Group Limited.
Tags:
33 & 1
Ras Kuuku