If NDC were in power, protesters would not be abused - Prof. Naana Jane Opoku Agyeman - MyJoyOnline.com

If NDC were in power, protesters would not be abused – Prof. Naana Jane Opoku Agyeman 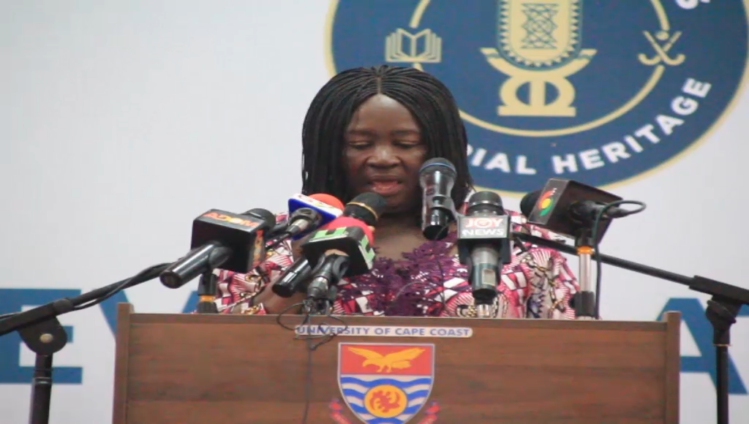 The 2020 running mate of the National Democratic Congress (NDC), Prof. Jane Naana Opoku-Agyeman, has described attacks on protestors in the country as worrying and a practice that did not find place during the era of the late president, John Evans Atta Mills.

She says the former president will always stand tall in the protection of fundamental human rights and the democracy of the country.

Speaking at the John Evans Atta Mills Memorial Lecture for the Central and Western Regions, in Cape Coast, Prof. Opoku-Agyeman stated that if her party (the NDC) were in power, students who wanted to study law would not have been met with a spray of hot water.

According to her, such treatment of Ghanaian citizens has become persistent under the Akufo-Addo administration, adding that the practice was an affront to the peace and democracy the country is known for.

“Like your successor (referring to former President Mahama), these demonstrators could have occupied Ghana and allowed their votes to count without a policeman being captured aiming a gun and a stone at peaceful demonstrators,” she stated.

She says demonstrations in Ghana now have become a huge deal and a dangerous endeavor, such that protestors are not guaranteed to not be mistreated.

The former Education Minister further stated that in one of the demonstrations, a journalist was wondering where the demonstrators got their stones from, thereby unwittingly confirming that the security agents could arm themselves with the same and get away with it and even aim guns at demonstrators.

Prof. Opoku-Agyemang made it clear that she was leaving the lecture with admiration for Prof. Mills’ strong moral character, regard for people, and commitment to easing suffering.

“Truthfulness and a willingness to account for his stewardship without fear from anyone, whether or not Parliament was involved, was really a quality I admired. We will always celebrate you for embodying these defining characteristics, she said.