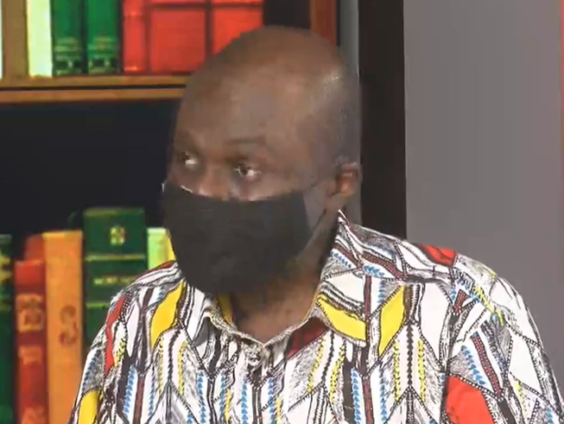 According to him, this is the only way the Service can redeem itself from the perception that it is the most corrupt institution in the country.

“If they (Police) are given bribes, they don’t have to take it. If I offer you a bribe and you know it’s wrong, don’t take it and there are situations where people have done that. If we offer bribes, don’t take it. Turn around and report us,” he said.

Mr. Kpebu was reacting to the defence offered in respect of a corruption perception report by the Ghana Statistical Service by DCOP Kojo Antwi Tabi, the Deputy Director-General of the Ghana Police Service in charge of Private Services Organisation.

The corruption perception survey ranked the Ghana Police Service as the most corrupt institution in the country.

DCOP Tabi blamed the public, partly, for the perception. He stated that all of its personnel have been trained professionally and are expected to discharge their duties without inducement.

He, however, revealed that some individuals when arrested for various offences, bribe Police personnel. This, he said makes some Ghanaians guilty of the accusations against the Police.

He, thus, entreated the public to refrain from offering personnel in the service bribes.

But reacting to this, Mr. Kpebu has emphasised that there is no justification, whatsoever, for taking bribes. “We have to take the bull by the horn and must tackle corruption head-on.”

Besides the Ghana Statistical Service and CHRAJ survey, the Centre for Democratic Development also published its Afrobarometer report which ranked the Police Service as the most corrupt public institution.

Inspector General of Police, Dr Akuffo Dampare reacted to the survey. On July 27, 2022, he expressed reservations about the details in the report, indicating that, the findings in the report, particularly the portion that affects his outfit “may have been affected by historically pervasive stereotyping.”

In a five-page reply to the three institutions, Dr. George Akuffo Dampare questioned the methodology used to conduct the survey.

“Our discomfort, therefore, is the use of selective ranking methodology to project the outcomes in a manner that puts an unfair focus on the Police Service with all the others in your corruption index escaping public scrutiny.”

However, Mr Kpebu has rebutted the IGP’s claim, stressing that the details of the report are the reality on the ground.

“So if he says people are looking at perceptions from old surveys and the rest, then that’s not correct,” Mr Kpebu said.

He, thus, entreated the Service to admit to the findings and work towards redeeming its image.

“Let’s just eat humble pie and let’s accept that it is not going well, we are not able to tackle corruption, and find a way to deal with it,” he added.