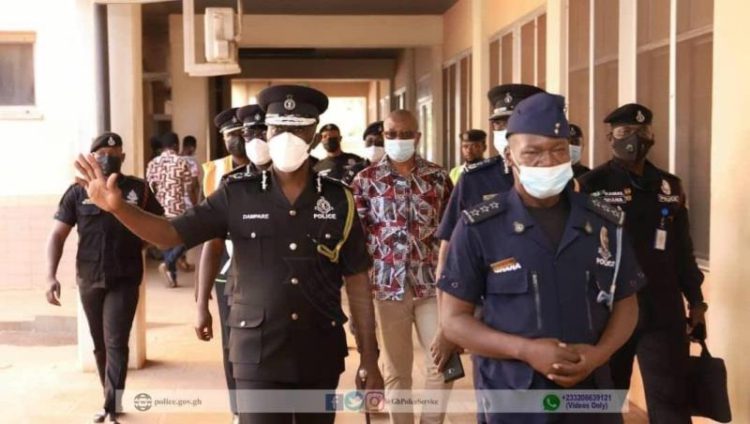 Inspector-General of Police (IGP), George Akuffo Dampare has visited three Police officers, who were critically injured in a fatal accident, which occurred on Thursday evening on the Walewale-Bolgatanga road.

It said all the five were members of the Anti-robbery squad, who were responding to an emergency on that stretch.

The statement said processes were underway to airlift the three injured officers to Accra for further treatment.

It said members of the Police Management Board had also visited the families of the two officers who passed on to commiserate with them.

It expressed gratitude to Commissioner of Police (COP) Mr Timothy Yoosa Bonga, Northern Regional Police Commander, doctors and staff of the Tamale Teaching Hospital and the Walewale Government Hospital for their dedication and care for the injured officers.

The statement also thanked the general public for their prayers and support.