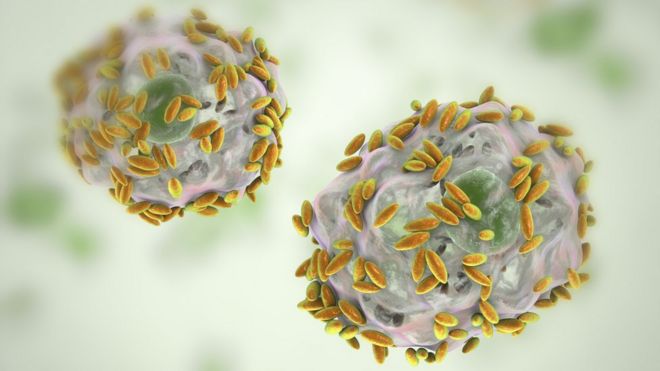 Scientists at the Institute for Health Metrics and Evaluation (IHME) are advocating for research funding to combat the rising number of bacterial pathogen deaths in Ghana.

According to the University of Washington’s independent global health research center, Ghana recorded 88,649 infection-related deaths in 2019.

Under age five children numbering 24,564 died as a result of sepsis. Bloodstream infections were the most lethal infectious syndrome among children, accounting for 8,194 deaths.

In an earlier interview, Dr. Christopher J.L. Murray, Chair of Health Metrics Sciences at the University of Washington and Director of IHME, said, common bacterial infections were the second leading cause of death in 2019 after ischaemic heart disease, accounting for one out of every eight deaths worldwide.

“These pathogens, you know, aren’t such killers as they are, so it is quite surprising that they are still there in the community, still causing a lot of harm.

“Well, I think some of the deaths from these pathogens are sort of hidden, because… we tend to cluster things together in syndrome like pneumonia or a bloodstream infection, or a wound infection, and don’t really dig into the details to see what are the bacteria causing those problems. And that’s when you do that. You reveal that some bacteria that most people aren’t that familiar with are actually at the root cause of multiple different um syndromes. And so part of the research is to shed light on the importance of these bacteria.”

Tomislav stated that not only should significant investment be made in vaccine development, but also in infection control and other measures.

They hoped that identifying these pathogens would pave the way for more concrete policy decisions.

They explained that the first three bacterial pathogen deaths in 2019 surpassed the number of HIV/AIDS deaths during the same time period.

IHME hopes to conduct another study in 2023 to provide a more complete picture of deaths occurring after 2019. This will aid in determining whether the number of deaths caused by bacterial pathogens has decreased or increased.

The first attempt was to publish the completed global analysis.

IHME has now begun to draft policy briefs aimed at specific countries and their ministries in order to inform them about the development.

DISCLAIMER: The Views, Comments, Opinions, Contributions and Statements made by Readers and Contributors on this platform do not necessarily represent the views or policy of Multimedia Group Limited.
Tags:
bacterial pathogens
IHME Scientists