In which I celebrate the Pioneer – Veronica Quarshie 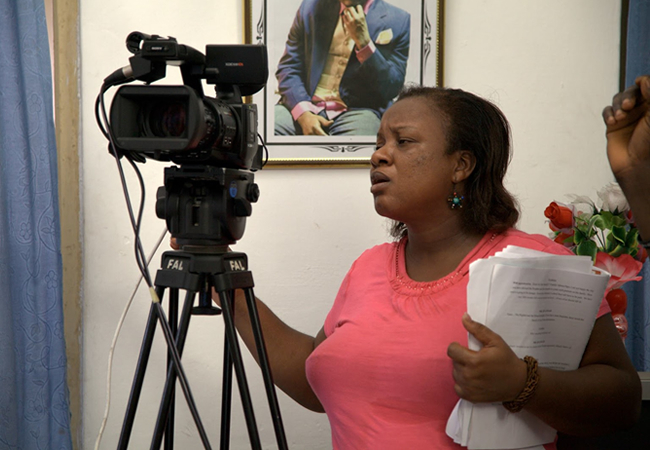 I began directing films in primary school. Class 4 to be precise. During library period. But, it was my hobby. I was all poised to become an OBGYN. It had nothing to do with gender.

Because the way we were raised, we knew nothing about men and women and their limitations. We knew we could be anything we wanted to be. I enjoyed my hobby. I didn't think It could be a career because I had no idea how it could.

Sleeping is my hobby, but it can't possibly be a career now, could it? That won't be a bad idea though.

There were about five (5) phases in the Ghana film industry. The first was with the likes of Haile Gerima and Werner Herzog. Foreigners who made films in Ghana. 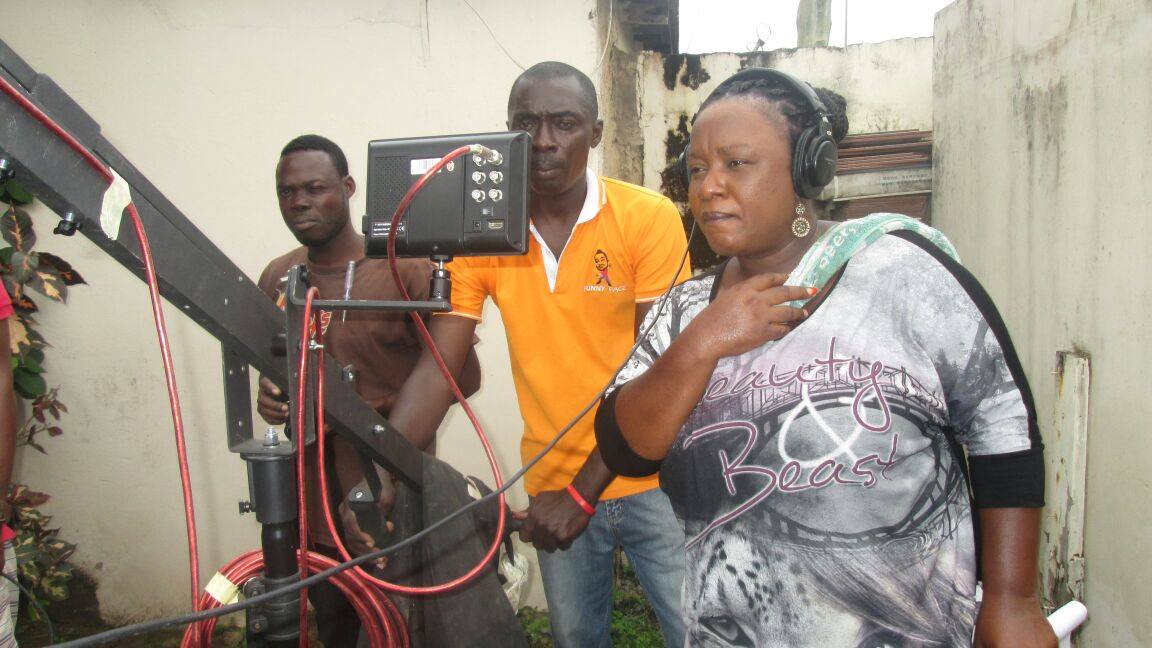 Then came the King Ampaws and Kwaw Ansahs, Ghana Films Company and the teachers of NAFTI who made up the second phase.

This was followed by what I'll like to call the indie films of the 90s, or the low budget films of Socrates Safo, Hacky Films, Akwetey Kanyi Films, Hajia Hawa Meizongo, Miracle Films, Idikoko, etc and what became GAMA, after GFC got sold.

These 3rd phase folks were about the only production companies around the time I started to take interest in the field. I enjoyed watching those movies. We had no VCR at home. Never. Not till I was 16 did my parents buy a VCR.

We were raised with books, so whatever came on regular TV is what I got to watch. Those were the days we completed our house chores quickly on public holidays so we could watch Ghanaian films that came on at 2pm or 8am.

I want her Blood

It was a man's world. Men wrote, men directed.

Then, something happened. I remember one day I was at home, watching a movie and I felt a difference in its tone and theme.

As good as the movies being made at that time were for that time, some things were lacking. Not a single woman directed any of them, no verbosity from the actors, screen direction and the kind of roles women played.  Women were witches, suffering wives, evil girlfriends etc. Extremely flat characters and movies that were rife with stereotypes. 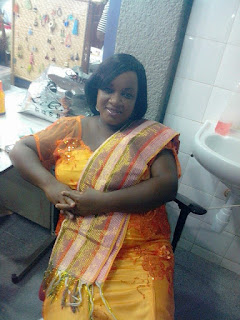 But that particular film, the female lead owned her role, owned her sexuality and the English was well written and well spoken, it was a mature film. All the characters had depth. A little bit of stilted acting from the lead girl, but what did I know then? I watched keenly till the end and the writer director was a WOMAN. VERONICA QUARSHIE.

I was mesmerized. Apart from Mira Nair, whose Mississippi Masala floored me, no other woman had that effect on me. Not one from my country. This was something to think about. I took a notebook and I started to write. My writing became intense. I had been inspired. My mother during this time was doing all she could to get me away from science and into the arts. Much to the chagrin of my dad, I must say. I began to really consider it. I was still bent on being an OBGYN though, cos I love my dad . Until, through a series of events, I met Akwetey Kanyi. By then, the tone of our films had changed. The fourth phase had begun; Nigerians had invaded the industry and I left Ghana.

I was impressed that a woman was doing something I loved doing and it felt right. It felt normal, it felt doable. It was within reach.

Veronica changed the narrative. She took women from an obscure, stilted and gender imbalanced story lines to women who owned their space. Goodbye to the witch mother-in-law, the house wife, the "I depend on my husband woman". Lead roles for women had meat on them.  Her technical storytelling, mis-en-scene were perfect. Hold up, her stories did not create women who were validated by love. Love was just an icing on the cake. She told everyday stories. Realistic plots and she had an identity for what a Ghanaian film should be. It was a blend of the second and third phases. All the juju, witchcraft and mysticism that over simplified and complicated life at the same time were gone. 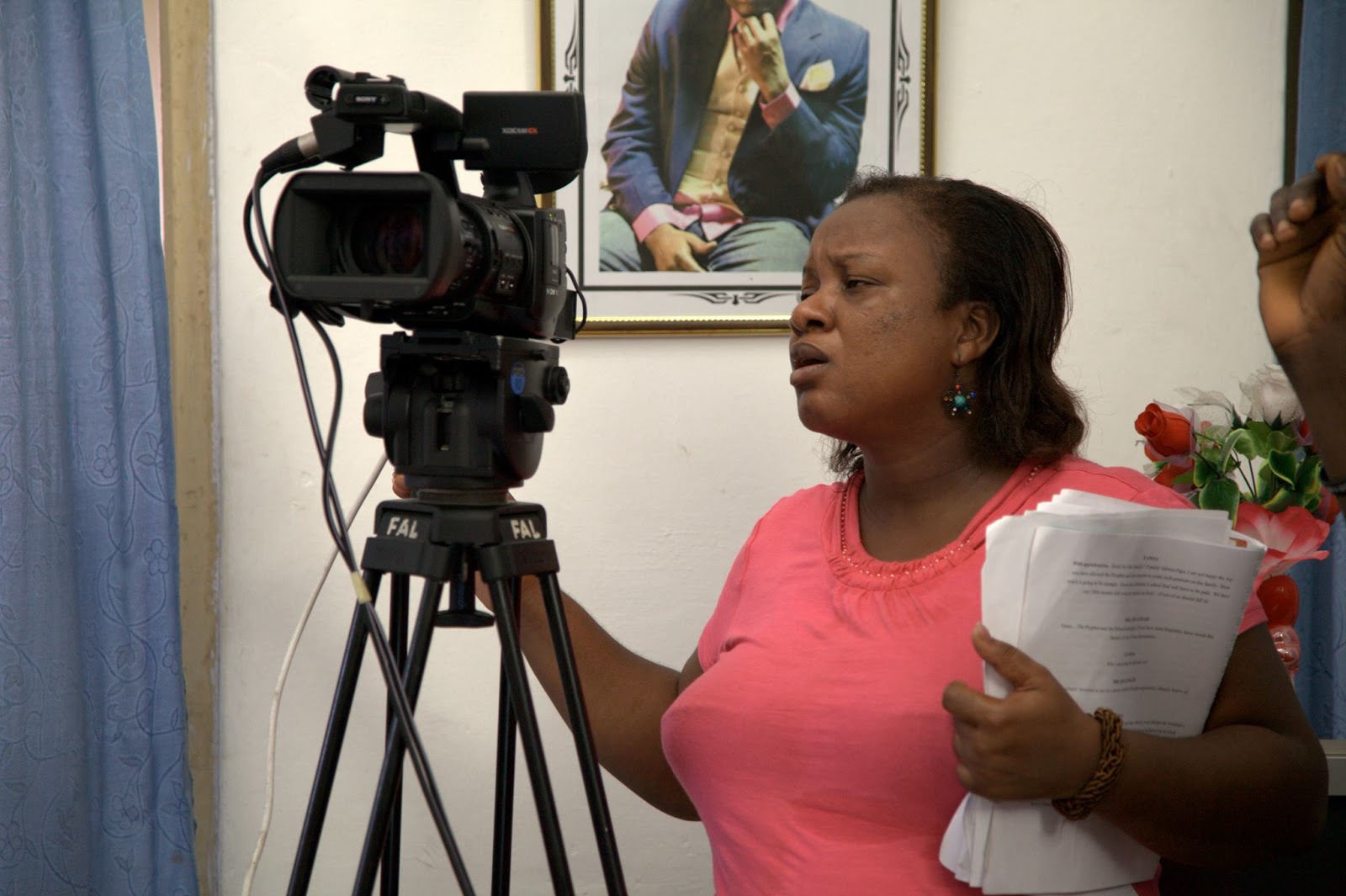 I searched the internet for days to get some information in this woman for my article and I found none.

But I remember I spoke to people about Veronica back then, late 90s. She was the only woman working in the industry when I decided I wanted to. By then, I was interning for Socrates Safo and writing for GAMA Films. I wasn't satisfied. So, I went to Princess Films to meet her but I could not. She worked for Princess Films, owned by Moro Yaro. She graduated from the Ghana National Film and Television Institute in 1989, she is married to Mr. Nai, an editor and they have a son.

I'd attribute the MIA period of Veronica to the influx of Nigerian films and the return to the obnoxious, fashion conscious films and of course, financing. When GAMA got sold, the industry died, the Nigerian invasion only made Nollywood rich. It didn't do much for Ghana until Abdul Salaam in 2005 opened the flood gates with Divine Love, which pretty much took a little bit of the tone of Veronica Quarshie's style, modernized it and others followed from there. The fifth phase. Our current stage.

It is very easy to follow the status quo and do what every other person is doing. But being a woman and daring to be different, the Ghana film industry is not very sustainable for you. Here's to the woman who broke the glass ceiling. Mama Vero! If we don't celebrate each other, no one will.

Watch one of her films: A Stab in the Dark

This is where I use this blog and article to petition the Ministry of Women and the Silverbird Cinemas to show films made by women every year on the 8th of March, which is International Women's Day.