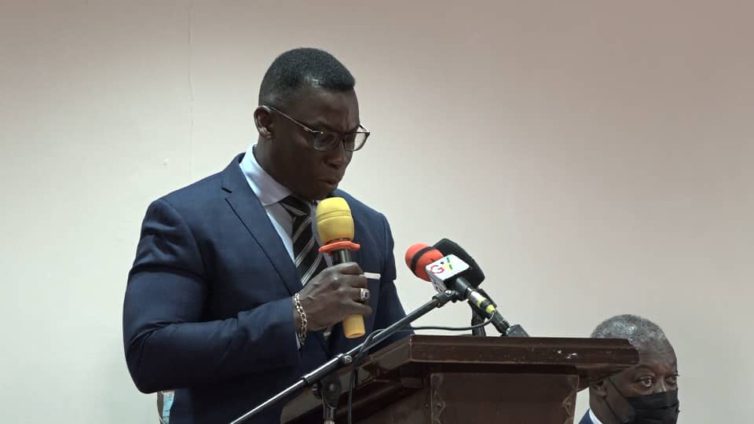 A renowned Cellular Pathologist, Professor Agyeman Badu Akosa has made a clarion call on the Bank of Ghana, financial institutions and other state bodies to voluntarily embark on regular blood donation exercises.

The call, according to the former Head of the Pathology Department of the University of Ghana Medical School, is necessary to help stock the blood banks across the country, which are fast running out of blood to save lives of people in need.

The former Director-General of the Ghana Health Service (GHS) was speaking as a Guest Speaker to climax the end of a nationwide blood donation exercise.

The exercise was embarked on by the insurance industry since it was launched on August 19, by the Commissioner of Insurance, Dr Justice Ofori.

Prod Akosa cited superstition as one of the challenges creating a lack of interest in voluntary blood donation and demystifying the fact that nothing bad happens to anyone who donated blood.

“The body has a capacity to regenerate itself and even in regenerating itself you would say that your body has given itself a booster during that period of regeneration,” he said.

Prof. Akosa appealed to the central bank and the civil service to designate a month for their staff to donate blood.

“What if Dr Addison came out to say that if the Insurance Commission has taken August, the banks will take April or March just a month preceding Easter and he as the Oga [sic] (Governor) of the banking service can then marshal the entire banking system including rural banks, including all the financial institutions, and my God, will that not help?”, he quizzed.

He suggested that the spirit of volunteerism should be inculcated in Senior High School students, especially for blood donation purposes.

He commended the NIC for the initiative and all regulated insurance entities for rallying behind the Commissioner to make the two-month-long campaign a success.

In his address, the Commissioner of Insurance, Dr Justice Ofori stated, “this exercise which was under the auspices of the National Blood Service (NBS) couldn’t have come at a better time as the Covid-19 pandemic had taken a toll on gestures of this nature, leading to dwindling stocks while accident victims, pregnant women in labour cry out in need of blood to survive.

“I will, therefore, urge all corporate entities and state institutions and members of the public to take a cue from this campaign to save lives.

“In justifying the initiative, the Commissioner’s speech couldn’t have been complete without a quote from a famous Russian Author and multiple Nobel Peace Prize Nominee, Leo Tolstoy, “If you feel pain, you’re alive. If you feel other people’s pain, you’re a human being”.

Other speakers at the ceremony included the Chief Executive Officer of the National Blood Service, Dr Justina Ansah who said the continuous and voluntary donation was critical to replenishing the blood banks.

She explained that the novel initiative by the NIC is a move in the right direction as she described blood as an un-manufacturable drug that can only be made available through voluntary donations.

Kokui Selormey-Hanson, a voluntary blood donation advocate who herself had her life saved through blood donation used the platform to encourage people to donate freely.

She indicated that blood cannot be sold though the processing comes at a cost and that should not be the reason for people not wanting to donate blood freely “for you would never know when it could be you or any close relation in need”, she admonished.

The 2021 donation campaign which saw over 800 units of blood donated by the insurance industry employees was under the theme: ‘Donate blood, save a life; if you do it for someone, you do it for yourself’.

DISCLAIMER: The Views, Comments, Opinions, Contributions and Statements made by Readers and Contributors on this platform do not necessarily represent the views or policy of Multimedia Group Limited.
Tags:
Blood Donation
Insurance