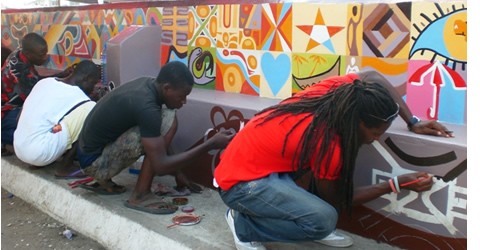 Speakers at the first international conference on culture and conflict resolution in Kumasi have emphasized the role of the arts in economic development.

The Inter-cultural Dialogue was hosted by the Centre for Cultural and African Studies (CeCASt) at the KNUST to harness cultural values for social stability and democracy.

“The very act of development is an act of culture because it impacts on people’s beliefs, ideals and values”, noted Prof. Mike van Graan, Executive Director of the African Arts Institute (AFAI), a South African NGO.

For him, culture can be used as a tool for development but “development practitioners haven’t done enough to understand the culture of the people who are supposed to be developed”.

He emphasized the need for cultural impact studies to understand what effects any particular kind of development has on the culture of beneficiary community.

According to Prof. van Graan, mitigating potential conflict within a community will demand an understanding between development and culture.

He also emphasized the role of the arts in contribution to economic development.

“When we understand the arts and the industry as being the drivers of economic growth, things like theater, film and music, then I think we’ll be solving a little bit of a myth by people in the global North where the creative industry have done incredibly in terms of driving economic growth and creating employment and the like”, said the Professor.

He wants government, the private sector and educational institutions to make the arts a profit-making activity to benefit majority of the population.

Director of the CeCASt , Dr. Vesta Adu-Gyamfi says the conference explored the role of chieftaincy, religion and the arts in conflict resolution.