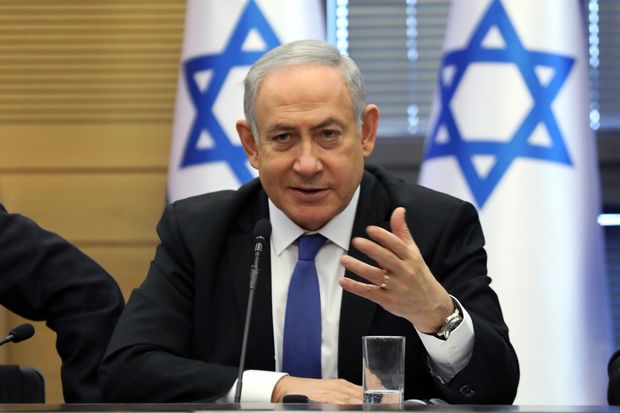 Israel targeted the home of the most senior Hamas leader in Gaza as Prime Minister Benjamin Netanyahu vowed to push on “forcefully” with a week-long offensive against Palestinian militants despite growing concern about civilian deaths.

The Israeli military said it had struck the residence of Yehiyeh Sinwar, who is likely in hiding. Since 2017, he has headed the political and military wings of Hamas, which controls the Palestinian enclave.

While Israeli officials say they have killed more than 30 militants in Gaza since hostilities erupted, at least 41 children are also among more than 140 people who have died there.

Many more have been wounded, including in the latest Israeli bombardments early on Sunday morning, according to Palestinian health officials.

Two children on the Israeli side have also been killed since Monday as Hamas and Islamic Jihad, a fellow militant group, fired some 2,300 rockets towards Israel – an unprecedented volume of strikes launched indiscriminately.

At the same time, violence has erupted between Jews and Palestinian Arabs living inside Israel, while anti-Israeli protests have flared across the occupied territories, including the West Bank, as well as in neighbouring Jordan and Lebanon.

Diplomatic efforts are underway to try to end the gravest escalation in Israeli-Palestinian hostilities in years but without a breakthrough yet.

In a televised address late on Saturday, Prime Minister Netanyahu said: “This past week, millions of Israelis were forced into bomb shelters as missiles rained down on our cities… Israel has responded forcefully to these attacks and we will continue to respond forcefully until the security of our people is reinstated and restored.”

He also vowed not to allow “pogroms against our own citizens” following clashes in mixed Arab-Jewish towns and cities.

“To tolerate this unacceptable vigilantism and violence is to pave a way to anarchy,” he added.

Hamas began its rocket assault on Israel last Monday after weeks of tensions over a court case to evict several Palestinian families in East Jerusalem, and in retaliation for Israeli police clashes with Palestinians near the city’s Al-Aqsa Mosque, Islam’s third holiest site.

Speaking to crowds of protesters in the Qatari capital of Doha, Hamas chief Ismail Haniyeh said late on Saturday that the underlying cause of the hostilities was Jerusalem.

“The Zionists thought… they could demolish Al-Aqsa mosque. They thought they could displace our people in Sheikh Jarrah,” said Haniyeh.

The Israeli military said on Saturday about 1,000 rockets were intercepted by missile defences and 380 fell into the Gaza Strip.

Israel has launched more than 1,000 air, artillery and tank strikes into the densely populated coastal strip, saying they were aimed at Hamas and other militant targets.

Yet on Saturday a five-month-old baby boy called Omar – found injured but alive under the rubble – was the sole survivor of one strike that left his mother, four siblings, aunt, and four other infants dead.

Mohammed Hadid, the father, who was not with his family at the time, said: “The Israelis hit the house without any eviction, without any warning, without any calls, without anything. All the people are in the neighborhood. And they are peaceful in their houses. They are all children.”

The Israel Defence Forces were also facing heavy criticism over their decision to target the al Jalaa building in Gaza City that houses media organisations, including the Associated Press and Al Jazeera, even though they gave journalists a warning to evacuate.

“The world will know less about what is happening in Gaza because of what happened today,” AP president and CEO Gary Pruitt said in a statement.

“We are shocked and horrified that the Israeli military would target and destroy the building housing AP’s bureau and other news organisations in Gaza.”

Mostefa Souag, acting director-general of Al Jazeera Media Network, called the strike a “war crime” aiming to “silence the media and to hide the untold carnage and suffering of the people of Gaza”.

On the Israeli side, there have been at least nine deaths, including two children. The latest fatality happened on Saturday in a Hamas rocket attack in a suburb of Tel Aviv.