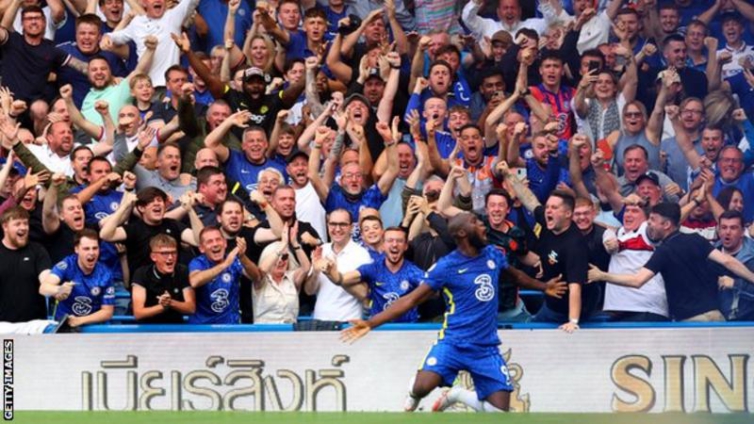 Chelsea striker Romelu Lukaku said scoring at Stamford Bridge is something he has dreamed about since he was a child, after netting twice in Chelsea’s win over Aston Villa.

The Belgian scored his first-ever goals at the stadium either side of a Mateo Kovacic strike as Thomas Tuchel’s side maintained their unbeaten start to the season.

“It’s my dream since I was 11. I’ve worked hard for this moment,” said Lukaku.

He added: “I was up and down at the start [of my career] but I’ve found a certain consistency in the last three years. With experience and hard work, I just keep on working.

“It’s a good start but we have to keep working. We know this year’s going to be very competitive. A lot of teams are going to be fighting for the title.”

Lukaku kissed the club badge as he celebrated his opener in front of Blues fans after beating Villa goalkeeper Jed Steer on his 15th appearance at Stamford Bridge overall.

The Belgian’s clinical finish through Steer’s legs came from a precise pass from Kovacic inside his own half.

Lukaku sealed the win for Chelsea in injury time with a powerful finish down from the edge of the box.

The victory takes Tuchel’s side up to second-level on points and goal difference with leaders Manchester United – and sees the club reach a significant milestone as they become only the second team in Premier League history to reach 600 wins in the competition (Man Utd have 690).