It’s not easy to come out with five albums – MzVee 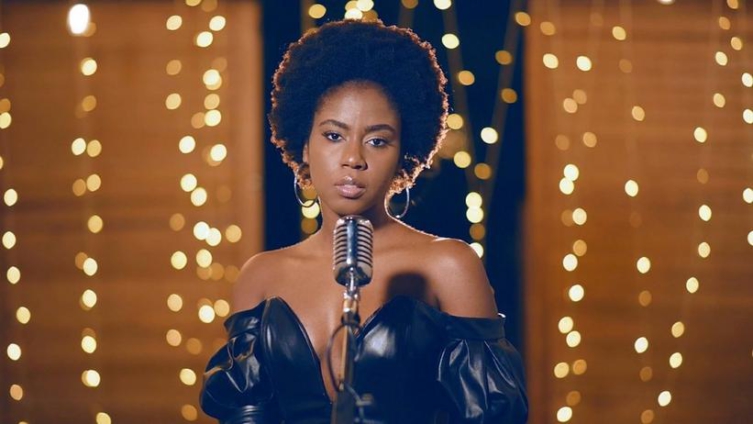 Singer Vera Hamenoo-Kpeda, popularly known as MzVee, has revealed that it is not an easy task for an artiste to release an album.

The ‘Dumebi’ hitmaker in a conversation with JoyNews’ Becky said that it takes a lot of hard work and consistency to do so.
“It’s crazy, it’s not easy to come up with an album. There’s so much work around it,” MzVee said.

MzVee who launched her solo career with her debut single ‘Borkor Borkor’ has five albums to her credit.

Her debut album Re-Veelation was released in 2014 and features collaborations with several artistes such as Stonebwoy, VIP, Shatta Wale, Richie Mensah, M.anifest and Didier Awadi.

Following the success of her debut album, MzVee released her second album titled Verified in November 2015.

The album earned MzVee 7 nominations at the 2016 Ghana Music Awards including ‘Album of the Year’ and ‘Record of the Year’ for the single ‘Abofra’ which features Efya.

Her highly anticipated third album DaaVee was released in May 2017.

On June 24, 2022, MzVee released her fifth album, titled ’10 Thirty’ which she says marks new beginnings for her

“It’s like a new chapter of my life. I’m ten years in the music industry and I just turned thirty years old. So new chapters were shifting from what was old.”

E Vibes is on JoyNews this and every Saturday at 8:30 am, Viewers will get the chance to catch playbacks on, Sundays at 10:30 am and Fridays at 6:30 pm.

The host, Becky is poised to bring the viewer the vibe behind these personalities as she takes them on a ride to appreciate their development over time. Make a date!!