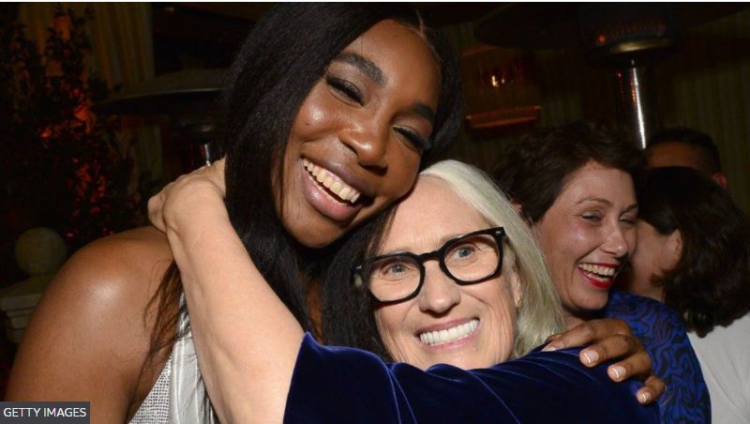 Director, Jane Campion, has apologised to tennis greats Venus and Serena Williams for making a “thoughtless” remark at a Hollywood award ceremony.

At the Critics Choice Awards on Sunday, Campion said she was “honoured” to be in the same room as the sisters.

But she added that the pair “do not play against the guys like I have to”.

She later said it was “a thoughtless comment equating what I do in the film world with all that Serena Williams and Venus Williams have achieved”.

Campion won best director and best picture for her Western film The Power of the Dog at the ceremony in Los Angeles.

The New Zealand film-maker also won the directing prizes at the Baftas and Directors Guild Awards this weekend.

She is the frontrunner to win best director at the Oscars in two weeks, which would make her only the third woman to win the award in 93 years.

She was criticised on social media after her Critics Choice acceptance speech, and clips of Venus Williams’ forced smile in reaction were widely shared.

jane taking time out of her best director speech to tell two Black women that she is more oppressed than them is PEAK white feminism.

“I did not intend to devalue these two legendary Black women and world-class athletes,” Campion said in her apology to Venus and Serena Williams, who have won 30 Grand Slam singles titles between them.

“The fact is the Williams sisters have, actually, squared off against men on the court (and off), and they have both raised the bar and opened doors for what is possible for women in this world.

“The last thing I would ever want to do is minimize remarkable women. I love Serena and Venus. Their accomplishments are titanic and inspiring. Serena and Venus, I apologize and completely celebrate you.”

The sisters were at the Critics Choice ceremony in support of the film King Richard, for which Will Smith won best actor for playing their father.

Campion has also been involved in another row while promoting The Power of the Dog, after Oscar-nominated A Star Is Born actor Sam Elliott made scathing comments about how it portrayed cowboys and the American West, which he said “rubbed me the wrong way”.

In an expletive-laden appearance on Marc Maron’s WTF podcast, Elliott said its cowboy characters were “running around in chaps and no shirts” and “there were all these allusions to homosexuality”.

He questioned what “this woman from down there – she’s a brilliant director – [does] know about the American West, and why… did she shoot this movie in New Zealand and call it Montana and say, this is the way it was”.

Speaking at the Directors Guild Awards on Saturday, Campion told Variety: “I’m sorry, he was being a little bit of a B-I-T-C-H. He’s not a cowboy; he’s an actor. The West is a mythic space and there’s a lot of room on the range. I think it’s a little bit sexist.”