Join NDC's presidential race if you are interested in being number 1 - John Boadu to Alban Bagbin - MyJoyOnline.com 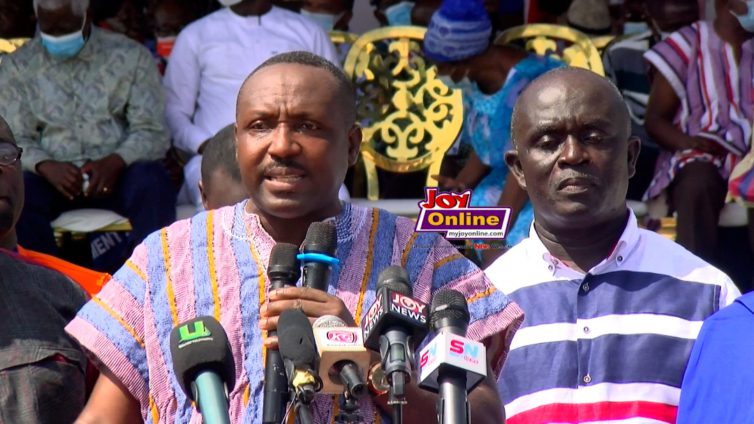 The General Secretary of the New Patriotic Party (NPP), John Boadu has asked the Speaker of Parliament, Alban Bagbin to join the NDC’s presidential race ahead of the next election if he wants to be President.

His comment follows the recent assertion by the Speaker that he is the next gentleman of the land in the absence of the President and the Vice.

Speaking at the party’s press conference held in Sunyani, John Boadu asserted that the Speaker has his eyes on the Presidency, hence his assertion of being the second gentleman of the land.

According to the NPP’s General Secretary, the Speaker should exercise patience and execute his mandate with fairness.

“I think that it is important that if the Speaker wants to be President, he joins their presidential race again… I think the opportunity is still there for him to join the race as the NDC will open their flagbearership race so that he rather becomes number one, not number two or number three.”

He added that the Speaker is over-excited about his position.

“The Speaker is not part of the debate, but this Speaker is over-excited about his position because everyone is aware that the constitution mandates the Speaker to be the third gentleman of the land in the absence of the President and the Vice-President.

“A little argument you had with the Majority Leader, you raised shoulders of being the third gentleman of the land. All of us in Ghana cannot have numbers,” he said.

In March this year, the Speaker made a jovial statement on the Floor of Parliament while responding to the Majority Leader, Osei Kyei-Mensah-Bonsu.

Addressing the Suame MP, he said, “You have to be my friend, not me being your friend. At least, I have a position in Ghana, Number 3. What is your number?”