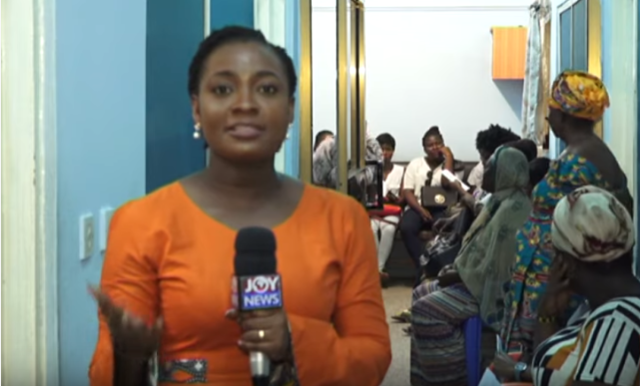 JoyNews’ Mamavi Owusu Aboagye who is also an ambassador for Cervical Cancer Awareness has shared her cervical cancer screening journey live on TV.

According to the World Health Organisation (WHO), cervical cancer is the fourth most frequent cancer in women with an estimated 570,000 new cases in 2018 representing 6.6% of all female cancers.

In Ghana over 2,000 women die of cervical cancer yearly even though the disease can be treated and prevented if spotted early.

The hospital is offering free cervical screening throughout the month of February.

Below is Mamavi’s cervical screening video:

Earlier in the month of January, Joy News’ Seth Kwame Boateng had done an in-depth feature on Cervical Cancer, its prevention and treatment, and highlighted the plight of women suffering from cancer in Ghana.

Below is the video: