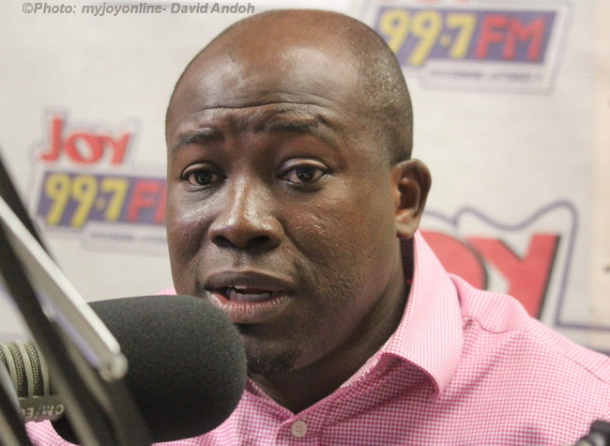 The Chief Executive Officer of the Chamber of Bulk Oil Distributors has described as irresponsible, the failure by successive governments to pass the Right to Information Bill.

Senyo Hosi does not understand why for two years the report on the June 3 twin disaster which claimed over 100 lives has not been made public despite several efforts by journalists, industry players to get copies of the report.

Speaking at a Right to Information Coalition programme on Thursday, Mr Hosi said a report as important as that, prepared with the tax payers’ money after weeks of committee meetings cannot be hidden from the public.

He said report cannot go missing, adding, the public has the right to know and must be told what exactly happened on that fateful day.

On June 3, 2015, over 150 people died in a fire and rain disaster at the Goil filling station close to GCB Bank at Circle.

Tens of commuters, drivers sought shelter at the Goil Filling station during a heavy downpour in the evening of June 3.

The heavy downpour led to flooding in the area. The situation was later worsened by a fire at the Goil Filling Station which was triggered by a lit cigarette and leakage of fuel from one of the fuel tanks at the filling station.

The disaster that followed was heartbreaking. The John Mahama led government declared three-days of mourning and later constituted a committee tasked with the responsibility to investigate the cause of the disaster.

The committee sat, investigated the matter and submitted a report to government but that report has been shelved. Apart from excerpts of the committee report which were made public, the full report is yet to be released.

With the Right to Information Bill still gathering dust in Ghana’s parliamentary chambers it has been difficult, if not impossible to compel public officials to make that report public.

Ghana’s attempt to pass the RTI bill started in 1999, when it was first drafted by the former President Jerry John Rawlings regime.

The bill has since gone through a number of reviews in 2003, 2005 and 2007 to correct some inconsistencies lawmakers and RTI Coalition claimed were present in the bill.

Last year marked the 13th year the country tried to pass the bill but has failed.

Senyo Hosi told participants at the Right to Information said it is about time to make the missing report public.

He charged president Nana Akufo-Addo who he described as an apostle of the rule of law to pass the bill or he will go into history as one of the “azaa” or fraudulent presidents who make promises but fails to deliver.

The programme was on the theme, 'Public Access to Information in Ghana, or a Myth' and supported by Star Ghana, UKAid, European Union, DANIDA, Commonwealth Human Rights Initiative, and Freedom of Information.

The event was carried live on Joy News (TV), Joy FM, and Myjoyonline.com. The Moderator was Samson Lardy Anyenini.