'Justice for All Programme' to be decentralised - MyJoyOnline.com

‘Justice for All Programme’ to be decentralised 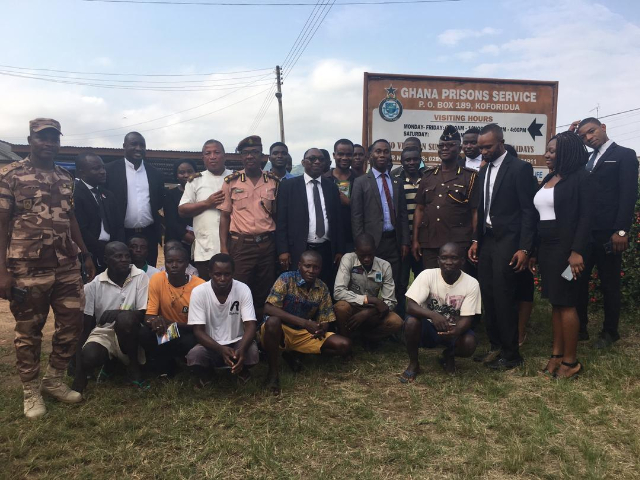 Starting from october this year the Justice For All programme, an initiative aimed at decongesting prisons through setting up special courts sittings to adjudicate remand prisoner cases, will be decentralized.

Justice Clemence Honyenuga, chairman for the program says High Courts judges in all the sixteen regions have been tasked to adjudicate on cases related to the Justice for All programme.

After presiding over fifty five cases at the Koforidua prisons, the appeal court judge also revealed government’s full funding of the programme.

The Justice For All Programme was introduced in 2007 as part of the justice delivery process to rid the prisons of overcrowding.

Although statistics are not readily available, it has been reported that the programme has resulted in the reduction of remand prisoners from 33 per cent in 2007 to 12 per cent in the first quarter of 2019.

Since its inception, cases have been heard by a judicial team from Accra, rendering the process slow.
The decentralization of the programme , Justice Honyenuga explains, will ensure cases are determined on time and save the limited resources used in running the programme.

During the siting, seventeen remand prisoners were set free while 21 others who were also on remand at the koforidua Central Prison were granted bail.

Some of the beneficiaries had spent between three to nine years on remand with trial yet to be commenced at the law courts.

Two were convicted and imprisoned; Ten applications for bail were refused and five applications were struck out.

An assistant state attorney, Helen Samlafo who represented a team from the Attorney General’s department bemoaned the slow pace of filing cases by the police.

While commending the Justice for All program initiative, the commander of the Koforidua Central prisons, Deputy Director of Prisons(DDP), Benedict Bob-Dery expressed dissatisfaction with congestion in the Koforidua prison cells.
He said the facility which was originally built for a little over 400 inmates now accommodates over 730 inmates.