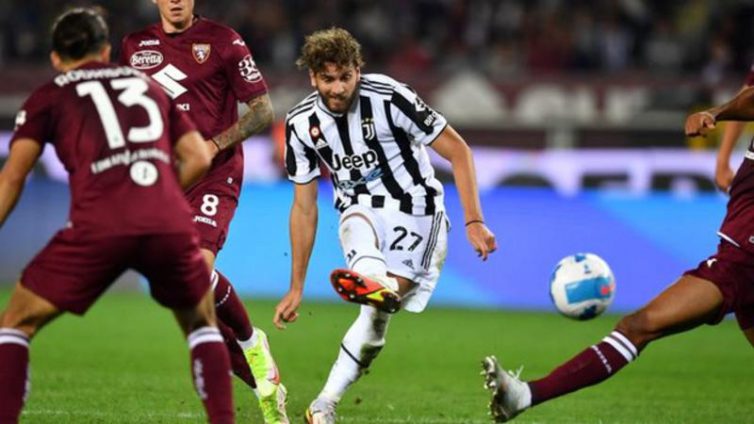 Juventus struck four minutes from time to secure victory in the Turin derby.

Manuel Locatelli kept his nerve to finish calmly from the edge of the area after Torino kept the visitors at bay for much of the game.

The Old Lady managed to stop a run of conceding goals, one match short of their unwanted record of 21 consecutive games.

Juventus should have been ahead a number of times in the opening minutes. Moise Kean shot wide within two minutes, before Weston McKennie blasted over from inside the area.

At the other end, Sasa Lukic missed a golden chance with a header, while Rolando Mandragora forced Wojciech Szczesny into a smart save from distance.

Juan Cuadrado almost put Juve ahead seven minutes after the break, but his header was saved at point-blank range by Vanja Milinkovic-Savic.

Locatelli struck after being found by Federico Chiesa on the edge of the area, giving Milinkovic-Savic no chance.