Kanye West confirms ‘Jesus Is King’ will drop this Friday 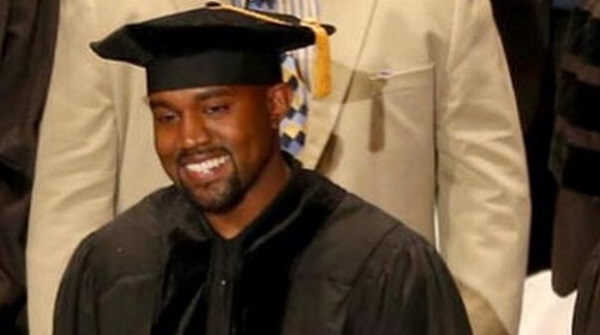 Kanye West has announced his long-awaited new album “Jesus Is King” will arrive on Friday.

The “Jesus Walks” rapper took to Twitter on Monday to share a graphic of the vinyl copy of the album and to let fans know when they can get their hands on a copy of the record.

Kanye borrows from “religious texts” for the lyrics on his long-awaited LP.

The 42-year-old rapper has been hosting a Sunday Service, which features a gospel choir and other musical performances, since January, and his ninth studio album continues to document his Christian beliefs and also sees him address the state of the world and society’s obsessions with social media.

The track “Water” sees Kanye – who has children North, six, Saint, three, Chicago, 20 months, and Psalm, four months, with reality star Kim Kardashian West – claim that humans are made up of 90% water, 30% less than scientists believe.

Whilst on “Closed On Sunday”, he asks people to “put the ‘gram away”, despite his wife using the app as an income.

On “LA Monster”, the hip-hop superstar hits out at Los Angeles – where he lives a life of luxury with his family – for “lettin’ Satan run they streets (sic)”

He raps: “It’s the ugliest nightmare born from the prettiest dreams; millions of people trying to get on the scene; and everyone selling their souls, everyone saying they woke, but they sleepwalking, dead, eyes closed.”

Elsewhere, “Hands On” appears to be Kanye asking for another chance after he previously controversially suggested slavery was a “choice” before apologising last May.

He belts out: “Thirteenth amendment, three strikes/ Made a left, when I should’ve made a right.”

Nicki Minaj is believed to have been dropped from the song “New Body”, with only Ty Dolla $ign appearing on the track.

Kanye was set to release his new album on September 27, but his wife Kim revealed that her husband was still working on the final mixes for the project and would likely release it after listening sessions, which took place in Detroit and Chicago last month.

She wrote in an Instagram Story post: “Kanye is doing a listening session in Chicago tomorrow, then NYC Sunday. He’s dropping the album Sunday. Just a few final tweaks to the mixes.”

Kanye is accompany the record with a film of the same name, premiering exclusively in IMAX cinemas.