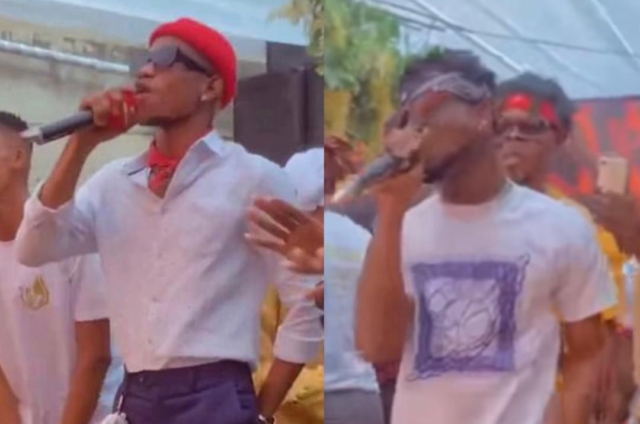 The lookalikes of musicians KiDi and Kuami Eugene seem to be getting more attention for their striking resemblance to the two artistes.

From dressing like them to acting like them, these two young men have been seen dancing or imitating the singers on numerous occasions.

But in a new video shared online, the two men were seen performing KiDi and Kuami Eugene’s songs at a private event.

KiDi’s lookalike was seen in blue pants, a white shirt which had been tucked in, and an orange beanie. Kuami Eugene’s lookalike was dressed like him to the nines with his afro hair held by a bandana.

Meanwhile, some social media users seem excited by the video.

Others were however concerned, stating that the two men were taking advantage of KiDi and Kuami Eugene.

The back up plan for kidi and kuami Eugene.
Bad bad, these guys are trying their best to use look alike look alike saaaa and they are taking deals and bookings.

Ah but i wonder why dem take this look alike thing serious like that😂😂😂..don’t they have their own lives to live huh